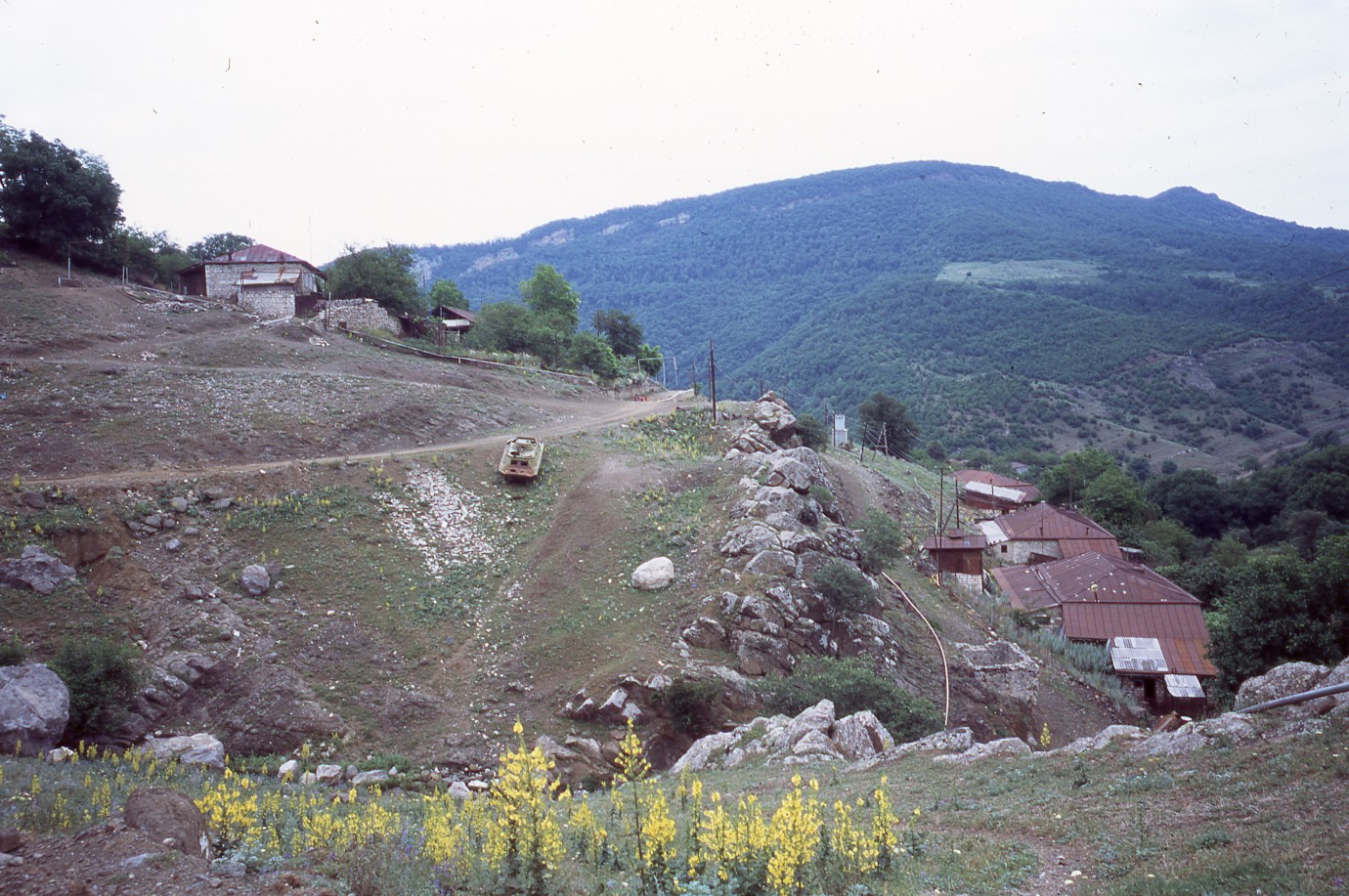 The film is based on interviews with inhabitants of Nagorno-Karabakh made in 2007, in a time between two wars. As in their earlier works shown in Forum Expanded, Ayreen Anastas and Rene Gabri work with different layers of time: In the past they edited and presented their films live. Here they use the temporal distance to re-evaluate old footage.

Harking back to Straub/Huillet's and Pier Paolo Pasolini's engagement with Johann Sebastian Bach's compositions they experiment with the possible effects of his music.
by Ayreen Anastas, Rene Gabri Armenia 2021 Armenian,  English 150’ Colour

Ayreen Anastas and Rene Gabri are artists who have taken an interest in the cinematic experience as one that offers, like a clinic, the space for revisioning our worlds, for caretaking, for nourishing the eyes and ears, for healing the souls, especially for those whose worlds remain threatened, whose voices have been silenced and assigned to oblivion by those who would imagine and assign themselves at the center of history and in the seats of so-called power.

1996 Less Confused Than I Was, More Confused Than I Should Be 1997 The City and Memory 1998 Borderline 1999 Self Portrait Video · Dating Videos · Splendor in the Grass Revisited 2001 Artistalk · Movements 2002 Confession Tapes · Music Videos · Love and Suicide · Library of Useful Knowledge 2003 What is Sixteen Beaver?; with Pedro Lasch · M* of Bethlehem 2004 Know Fundamentalism · Eden Resonating · Istanbul, Why? 2005 Pasolini Pa* Palestine · 7 X 77; 9 min. · Nyctalopia; with e-Xplo 2006 All Strayed and Were Incapable of Using · The Loneliest One · Good Architecture · We Accepted the Misfortune But Misfortune Didn't Accept Us · What Everybody Knows · Nicest Life, Nicest Food, Nicest Water · Building Vacancy Maps · Valley of the Graces · What Has Passed 2008 The Meaning of Everything · Thus I spoke and ever so softly for I feared my thoughts and hinter thoughts 2009 case sensitive america · Die Vant 2010 testing nothing in a little room is the way to use the room and nothing is then lost and that is such a correction · After all these introductions I wish to say something · Kindred Spirits · Project for a Revolution in New York · Some People Have the Watch: Others Have the Time 2011 January 28, 2011 2012 Chronique d'un film with François Bucher · The Line is My Line and the Word is Mine · I want to go without you: fiction in the absence of proper names · Strike Film with The Indivisible or Inadmissable Committee 2013 A Continuous Film Altered Daily: Days 1-12 2014 A Geography of Palestine or The Storyteller · When we act or undergo, we must always be worthy of what happens to us · Bouazizi's Neighbor · Something for All the World · My Body and Mind is the World Too 2015 Notes Toward a New Theory of the Arabesque · They Went Away to Stay with Ben Morea · In the Presence of Absence, In the Absence of Objects Seen 2017 We Refugees · And You, What Do You Seek? 2018 An Untimely Film For Every One and No One; Forum Expanded 2018 2019 Outlines for a Communist Museum in Palestine; Forum Expanded 2019 · A Thanksgiving Prayer 2020 Letter to Harun: Postscript to What Everybody Knows · Born of the *  *  * : On Zarathustra's Going Under from Cairo to Oran; Forum Expanded 2020 2021 Black Bach Artsakh