“And in the darkness, I smile at life.” This sentence, written by Rosa Luxemburg in solitary confinement at the end of 1917, gets to the very heart of what characterises her letters from prison: a shining joie de vivre, regardless of the political situation. Her descriptions of birds, flowers, clouds and colours demonstrate an awareness of nature’s beauty experienced with all the senses. Numerous excerpts from the radical socialist’s lyrical letters in both German and Arabic form the threads running through this essayistic collage. They are joined by modern-day shots of wintry Berlin, a two-person reading in Beirut, archive material from the First World War, a battle song of the labour movement, traces of Nico, Gerhard Richter, Brecht, Breton, voices, sounds, music and the soundless comments of a self. Together, they form a polyphony of visually and acoustically overlapping layers. From this retrospective look at the 20th century, at Germany and the Middle East, at the militant struggles that took place both here and there, emerge personal conclusions as well as the acknowledgement that resistance and beauty can indeed co-exist, not least in dark times.

Born in 1958 in Dakar, Senegal. In addition to making his own films, he collaborates on screenplays and also teaches film in Lebanon. In 2012, he published his first anthology, Fragments du livre du naufrage. 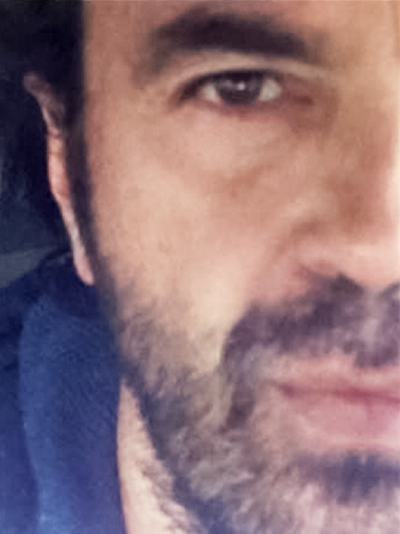