A timid penguin waiter with a red bow tie goes out of his way to perform his job to perfection. But when a glacé cherry falls from the cake, it sets off a chain reaction of disastrous events. Before long, the frigid social gathering is transformed into a boisterous party. This whimsical animated short is part of Julia Ocker’s series ‘Animanimals’, which has a tongue-in-cheek focus on not-so-beastly character traits.

An animation director, designer and writer who was born in Stuttgart, Germany in 1982. From 2003 to 2005 she studied visual communication in Pforzheim and Cairo, followed in 2006 by animation at the Filmakademie Baden-Württemberg. Her film Kellerkind won the 2012 First Steps Award in the short film category, screened at numerous festivals and was recognised by the German Film Quality Assessment Board (FBW) as being ‘especially valuable’. Her film Zebra with which, along with the short film Kuh, she contributed to the second season of the children’s television series ‘Ich kenne ein Tier’, received the same distinction, screened at over 90 festivals and won prizes in New York, Chicago, Lisbon, Bratislava and Bamberg. In 2016 and 2017 she produced a series of animal films called the ‘Animanimals’. 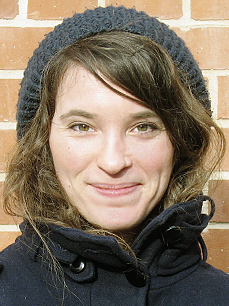