“Whoever you are. Where you are. And what ever you are. You are in the middle. That's the game.” Everything is a video game. The game is a simulation of the world, seen from the perspective of everyone and everything: Atoms, plants, animals, planets and galaxies. The English philosopher Alan Watts (1915-1973) accompanies this journey as narrator. It’s a simulation of reality where you can see the world from everything's point of view – it’s kind of a philosophy project in the form of a game. There is no narrative or story - just the world as it is. (David OReilly) In 2008, OReilly received a Special Mention for RGB XYZ and a Golden Bear for Please Say Something in 2009 at the Berlinale Shorts.

Born in Ireland in 1985, he is a filmmaker and artist based in Los Angeles. He has created several 3D animated short films and has written for the television shows 'Adventure Time' and 'South Park'. He also created fictional video games for Spike Jonze's 2013 feature film Her. 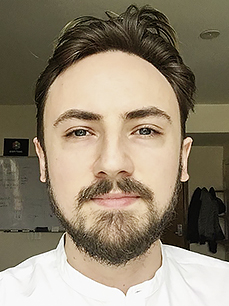