Left behind, a young boy shares the fate of over 60 million children in China, as his parents leave to find work elsewhere. Fending for himself in the mountainous countryside, he finds solace in his parents' promise to return on New Year's Eve, and in the loyal company of a tame piglet. Finally, his parents' home-coming draws near. With magnificent footage, the film tells the tale of an existence filled with unavoidable adversity.

This Chinese director describes himself as a storyteller. Whilst studying in the USA, he had the opportunity to meet many different people from across the world. This was also where he had a formative experience, he says: when you meet other people in an open way, look them in the eyes and say 'hello', no matter in which language, this brings out an equal openness in them. These are the people whose stories he wants to tell, and to whom he wants to communicate an idea which he holds dear: let's begin to develop empathy for one another and to love each other. 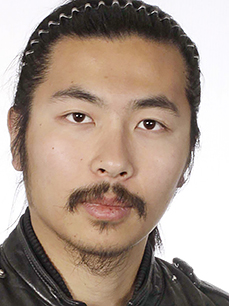