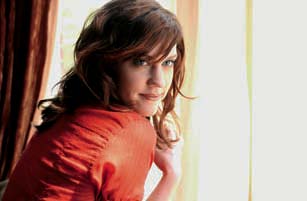 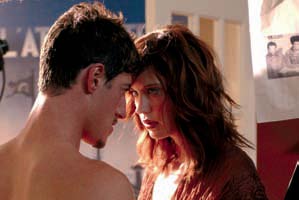 Young Leila enjoys a very active sex life. Going to bed with men on the first date is more of a rule than an exception. When she meets David at a party it’s a case of mutual desire at first sight. After the party, David, who is making out with his girlfriend in a car, looks on while Leila enjoys a quickie with a stranger behind the house. Their eyes meet. This marks the beginning of their own affair.
Theirs is a simple and highly satisfactory relationship for both of them. They have sex in bed, in the park, on the roof of the house – wherever, when­­ever. Sex is just a means of communication. No more. But then, Leila realises that her relationship with David is somehow different to all that has gone before, and he too begins to feel that things are getting serious. For the first time, this isn’t just about the physical side. There are emotions involved.
This scares them. Their response is to return to their old habits. When David’s father dies after a prolonged illness he goes back to his ex-girlfriend, whilst Leila becomes engrossed in her parent’s imminent divorce. But they can’t live like this. It’s up to the two of them to pave their own way between spontaneous sex that is beginning to lose its thrill and the dead end that marriage seems to represent.