The Feast Of The Goat 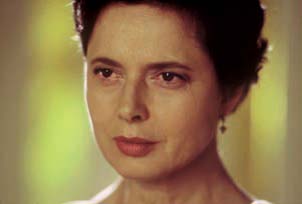 THE FEAST OF THE GOAT

Santo Domingo in 1992. Urania Cabral returns to her native land – the Dominican Republic – after an absence of 40 years. She has been living the USA for many years where she enjoys an immensely successful career. At the time, she swore she would never set foot again in the country ruled by the notorious dictator General Trujillo – so great was the trauma she experienced as a 14-year-old.
She hardly recognises her old father, now fatally ill. A heart attack has left him a mute, virtually lifeless, bedridden figure. At one time he was the despot’s right hand man, until he fell from grace. After her mother’s death, Urania meant all the world to her father and he made sure that she wanted for nothing. Most of all, he tried to keep her at a safe distance from Trujillo, a notorious child molester.
Urania remembers it all now. She also recalls the three conspirators who wanted to liquidate the dictator in 1961. Amadito could not forgive Trujillo for having put his loyalty to the test and forcing him to murder his fiancée’s brother, who was charged with revolutionary activities. Antonio de la Maza wanted to take his revenge for the murder of his younger brother at the hands of the dictator. The third conspirator, known as “the Turk”, was a devout Catholic, who could no longer bear to let Trujillo’s crimes go unpunished. When the US government withdrew its support and the church openly condemned him, this marked the beginning of the end for Trujillo.
Urania experienced all of this as a child. She also remembers the day when her father fell from grace. He would have done anything to regain Trujillo’s favour. Anything could be demanded of Agustin Cabral – he would even send his own daughter to the tyrant…
Based on a novel by Peruvian writer Mario Vargas Llosa, this political thriller is both a portrait of an era as well as the profile of a family that describes the situation for those living under a dictatorship.