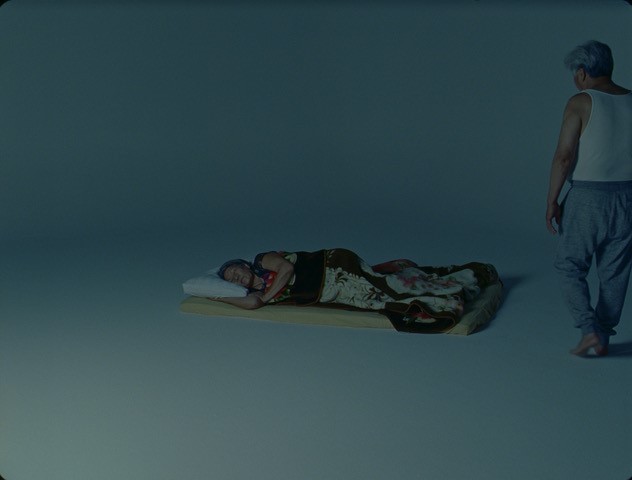 The films and installations that make up this year’s Forum Expanded programme revolve around – in fluctuating proximities – political and personal legacies which often lie in shambles. Diverse in their forms and subjects, the works share an emotional bond, which serves to keep them on the atypical orbits they move along. With their makers keen on artistic experimentation, they inspect, probe and scrutinise – their findings propelling them forward on ever-changing and surprising trajectories.

A total of 33 works from 19 countries are being presented at the Forum Expanded cinemas, at the silent green Betonhalle, as well as at SAVVY Contemporary and in the Marshall McLuhan Salon of the Embassy of Canada in Berlin.

At the group exhibition at silent green Kulturquartier, many of the presented works grapple with temporal or spatial distances that are bridged and negotiated. Tenzin Phuntsog’s Dreams and Pala Amala (Father Mother) deals with the realities of exile, tenderly portraying his parents and their longing for their Tibetan home. In Crystal Z. Campbell’s Revolver, a descendant of the Exodusters – African Americans who migrated to the Midwest of the USA at the end of the 19th century to found new cities – recounts memories, dreams and visions of her ancestors’ experiences. Tamer El Said appropriates another family’s amateur footage to reclaim a memory of a lost sibling. Borrowing a Family Album invites the visitors to look for their own recollections in the same footage, creating an act of collective remembrance in the process.

In the ten curated film programmes, taking on a new perspective and adopting distinctive, sometimes less represented points of view is a frequent driving force of the works. In Home Invasion, Graeme Arnfield shows us the world through the lens of a front door peephole and outlines the history of the doorbell between security concerns and paranoia. Zwischenwelt (In-between World) by Cana Bilir-Meier combines several viewpoints to cast a decolonial gaze on German history. Deborah Stratman re-frames evolution from the standpoint of stones in Last Things.

At the Marshall McLuhan Salon, Laakkuluk Williamson Bathory’s VR-Video Tartupaluk (Prototype) invites the viewers to the eponymous island state in the Arctic north.

SAVVY Contemporary presents an exhibition based on the Yugantar Film Collective.

Forum Expanded is curated by Ala Younis and Uli Ziemons (co-heads) as well as Karina Griffith and Shai Heredia.

Overview of the further announced titles.