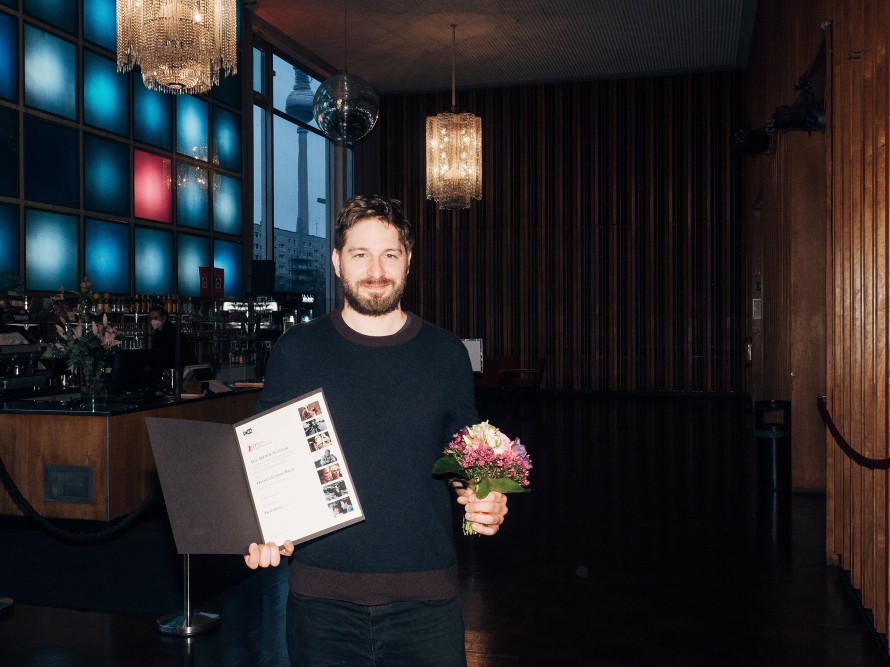 The Heiner Carow Prize 2022 for the promotion of german cinematic art goes to the Perspektive talent Rafael Starman (cinematography) for Gewalten.

The Heiner Carow Prize, endowed with 5,000 Euros, has now been awarded for the ninth time at the Berlin International Film Festival. For the first time, the prize in the Perspektive Deutsches Kino section goes to a Perspektive talent whose skills in their respective professional field have made a particular impact on a documentary or feature film in the section. The winner was selected by a three-member jury comprising Sandra Kaudelka (filmmaker), Ute Lubosch (actor) and Alexander Iskrov (DEFA Foundation). The award ceremony took place in Kino International at 4 pm on 16 February 2022.

This film irritated us, but its haunting moments would not let us go.
Gewalten did not make it easy for us, it is not a pleasant experience, we were at its mercy; however, it is a film that resonates, its intense images being impossible to escape, and one that obliges its viewers to ask questions to which there are no easy answers.
In a world full of brutality, Rafael Starman creates an astonishing lyricism with his cinematography. His perfectly composed images help him to generate an oppressive atmosphere that eschews no darkness.
At the same time, he gives plenty of space to the wonderful ensemble with so many new, fresh faces, skilfully setting the scene for them.
We struggled with Gewalten, in the truest sense of the word. But despite the many obstacles and hurdles it throws up, this film ― also thanks to its images ― is one thing above all else: cinema, cinema, cinema!

More information and visual material about the award ceremonies can be acquired on request from:
Press contact Perspektive Deutsches Kino
Emilia Bähr
Tel. +49 30 259 20 462