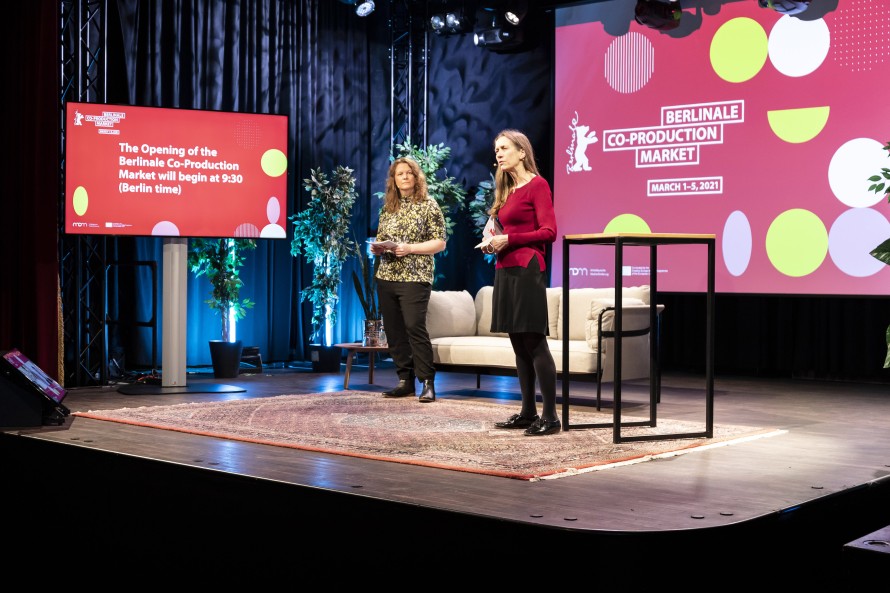 34 selected feature film projects from 32 countries will be presented at the 19th Berlinale Co-Production Market (February 12 to 16).

As in 2021, this year’s event will take place online. The aim is to limit physical contacts in the current situation, while still creating an efficient and relaxed setting for meetings.

The producers of the projects will meet potential international co-producers, world sales agents, TV broadcasters, funding representatives, streaming platforms and distributors, as well as other financing partners from all over the world. The Berlinale Co-Production Market’s successful concept is to provide carefully pre-planned meetings for a select portfolio of projects.

“This time around, biographies of a special kind are a focus that particularly caught our eye during selection. A wide range of narrative approaches is used, from hybrid and collage-like to satirical, and that makes these projects particularly exciting. But purely fictional stories, from horror to comedy, won't be missing out, either,” says the head of the Berlinale Co-Production Market, Martina Bleis. “As with the many highly successful projects of recent years – for example, Quo Vadis, Aida? by Jasmila Žbanić, Compartment No.6 by Juho Kuosmanen, or Bad Luck Banging or Loony Porn – we hope to give 2022's projects a real boost on their way to cinema screens and audiences.”

The official project selection chose 19 feature film projects with budgets between 500,000 Euros and 6 million Euros from a total of 295 submissions. In addition, there are four projects in the early stages of financing in the “Berlinale Directors” section, whose directors – Burhan Qurbani, Udita Bhargava, Radu Jude and the Iranian duo Maryam Moghaddam and Behtash Sanaeeha – have already shown successful films at the festival. Another film project, Love on Trial by Koji Fukada from Japan, is looking for partners as part of the “Rotterdam-Berlinale Express” at both CineMart Rotterdam and the Berlinale Co-Production Market. The percentage of female directors in these projects is 45,8 percent.

In the “Talent Project Market” organised in cooperation with Berlinale Talents, ten international producers from all over the world, still in the first decade of their careers, will present their latest projects. These were selected from a further 135 submissions and are also on the lookout for international partners.

The selection for "Co-Pro Series" will be announced soon.

Internationally experienced producers and financiers looking for co-production projects were able to register for the Berlinale Co-Production Market up until December. Further information at:

The Berlinale Co-Production Market is part of the European Film Market (EFM).

- In the Shadow of the Horns (director: Ognjen Glavonić), Non-Aligned Films, Serbia