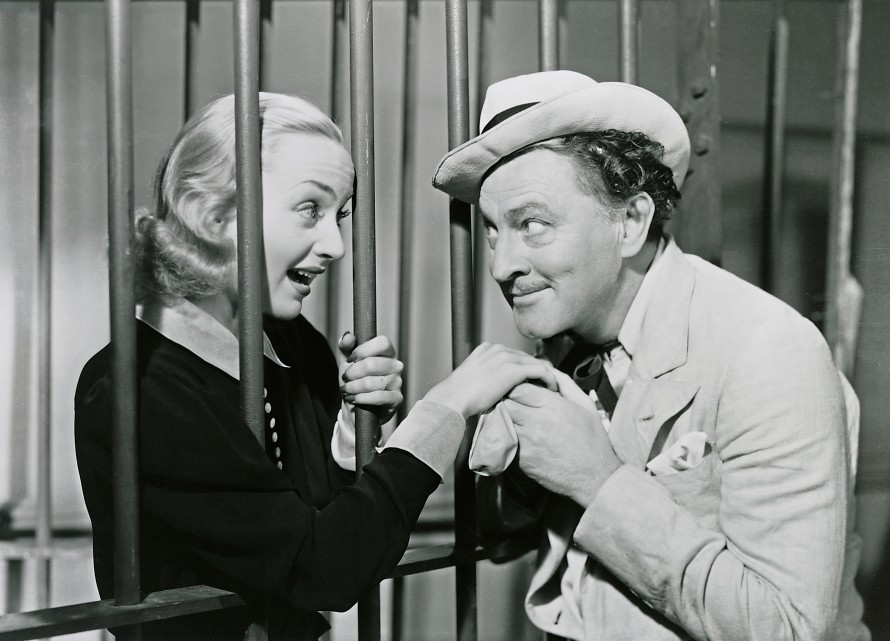 The Berlinale Retrospective “No Angels – Mae West, Rosalind Russell & Carole Lombard” was postponed due to the pandemic and will now be presented at the 72nd Berlinale in February. The section’s 27 films were made during the heyday of the screwball comedy from 1932 to 1943, and each one showcases the distinctive style of its star. Ten of the movies will be shown with German subtitles.

The Retrospective will open on February 11, 2022, with a screening in 4K of the 1936 film My Man Godfrey directed by Gregory La Cava. A classic of the screwball genre, it stars Carole Lombard as Irene Bullock, an heiress who stumbles upon true love during a scavenger hunt. The portrayal brought Lombard an Academy Award nomination.

Rainer Rother, artistic director of the Deutsche Kinemathek and head of the Retrospective section, says: “The character of Irene Bullock, with all her naiveté may be somewhat scatter-brained, and out of touch with the reality of the lingering effects of the Great Depression. And she may be incapable of showing her feelings except in practiced, somewhat exaggerated poses – but as embodied by Carole Lombard, she is a unique, fascinating creature. Which makes the film an enchanting experience for audiences.”

Carlo Chatrian, Artistic Director of the Berlinale adds: “The idea of focussing our Retrospective on three very different women is to highlight the riches these ‘angels’ brought to Hollywood. West, Russell, and Lombard are much more than heavenly creatures. They were quick and witty, they fought for their place on the set, they added depth and irony to their characters, and they made it possible to view women differently. And they still make us laugh and smile about ourselves and life.”

A particular highlight of this year’s Retrospective will be the world premiere of the recently restored 4K version of the Mae West classic Belle of the Nineties (USA 1934, dir: Leo McCarey). For the restoration, Universal Pictures made a 4K ARRI scan from a 35mm composite fine grain. Digital processes were utilised to remove heavy dirt, manage excessive grain, and improve soft focus. The 4K DCP was made with services provided by NBCUniversal StudioPost.

The Retrospective film screenings will be accompanied by one side-bar event with guests, mounted by the Deutsche Kinemathek. Discussions will focus on, among other things, the contemporary view of the three actresses and the comedies in the Retrospective. The talk will address modern-day perceptions of the films, the images of women they present, and the pioneering achievements of Mae West, Rosalind Russell, and Carole Lombard.

Requests for advance reviewer copies can be made to:

Journalists may request a discounted copy (9 Euros) from:

For additional information, please see the press releases from October 15, 2020 and February 8, 2021.

Every Day’s a Holiday
USA 1938
by A. Edward Sutherland
with Mae West, Edmund Lowe, Charles Butterworth, Charles Winninger
in 35mm

No Man of Her Own
USA 1932
by Wesley Ruggles
with Clark Gable, Carole Lombard, Dorothy Mackaill, Grant Mitchell
in 35mm

To Be or Not to Be
USA 1942
by Ernst Lubitsch
with Carole Lombard, Jack Benny, Robert Stack, Felix Bressart
in 35mm