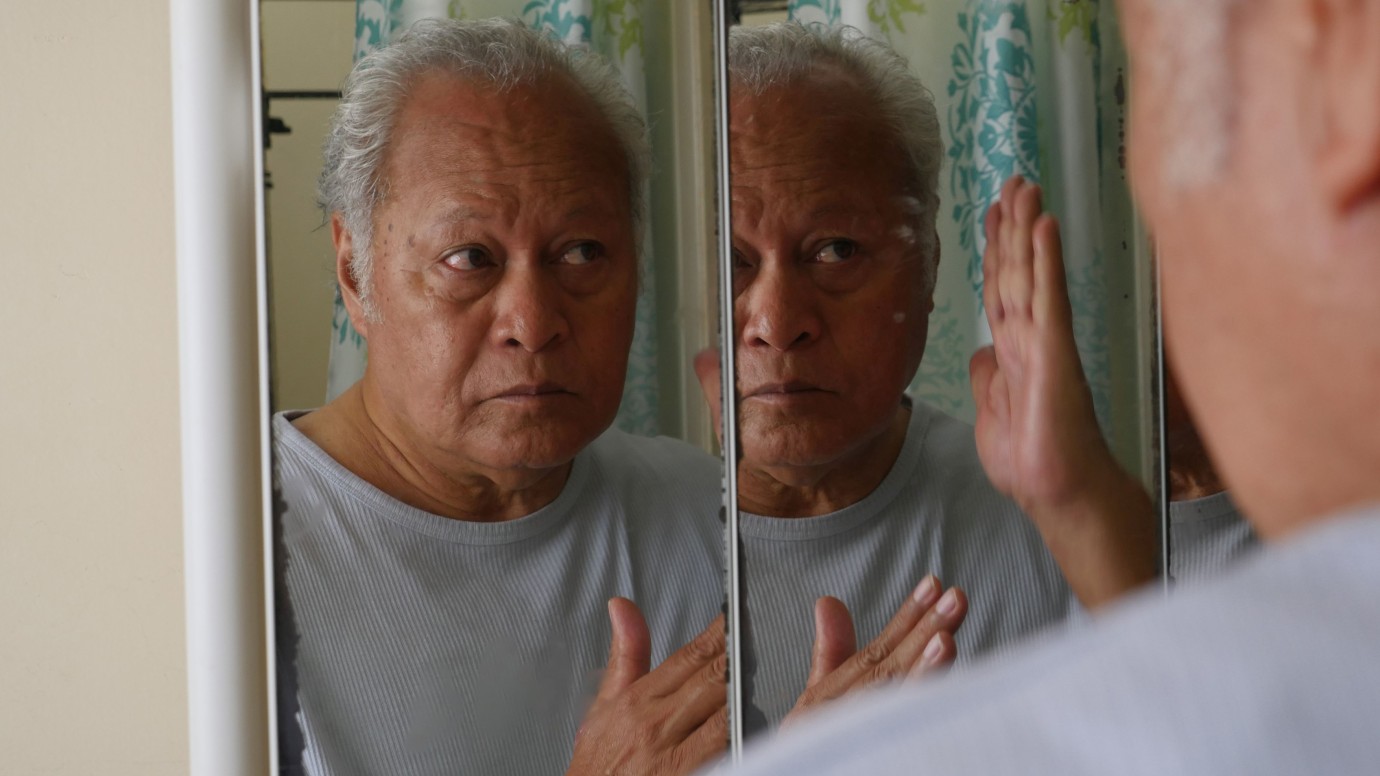 © New Zealand Film Commission
Once known as ‘the Lion’ when he was a Samoan fighter, Maea now concentrates on bread-baking and midwifery. By practising traditional Samoan childbirth techniques, he seeks to make amends for his violent past – a past which also destroyed his family. Seipua, a spirit that enters pregnant women’s wombs, takes up residence in his sparsely furnished flat and forces Maea to remember all the women in his life that he has hurt. As the haunting begins, Maea’s estranged daughter, now pregnant, returns, intensifying Seipua’s presence.
Set against the grey backdrop of a Wellington suburb, this film describes the effects of a violent history and the discrimination experienced by many Samoan migrants during the 1970s. Somehow, the past is always present. Intimate close-ups of faces, hands and bellies being massaged convey how pleasure and pain, and individual and collective histories are all felt in the body. Juxtaposing quietness with moments of violent outbursts and animated sequences, director Tusi Tamasese and cinematographer Leon Narbey have created a visually evocative story of one man’s attempt to address his past wrongs in order to build a more hopeful future.
by Tusi Tamasese
with Frankie Adams, Uelese Petaia, Sima Urale New Zealand 2017 English, Samoan 98’ Colour 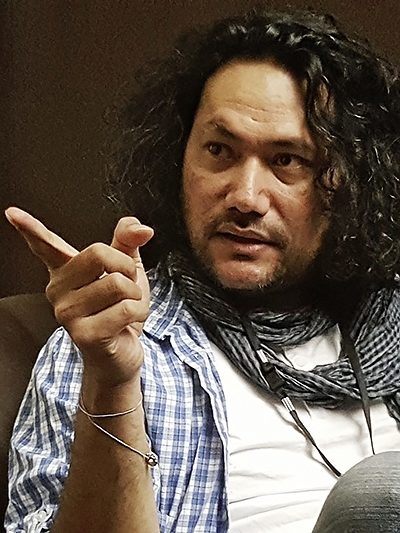 Born in Samoa in 1975, he studied social sciences at the University of Waikato before graduating from the New Zealand Film & Television School. He went on to take a master’s in screenwriting at the International Institute of Modern Letters at Victoria University in Wellington where he now lives with his wife and three children. His film O Le Tulafale (The Orator) screened in the Berlinale’s NATIVe – A Journey into Indigenous Cinema programme in 2013; One Thousand Ropes premiered in Panorama in 2017.