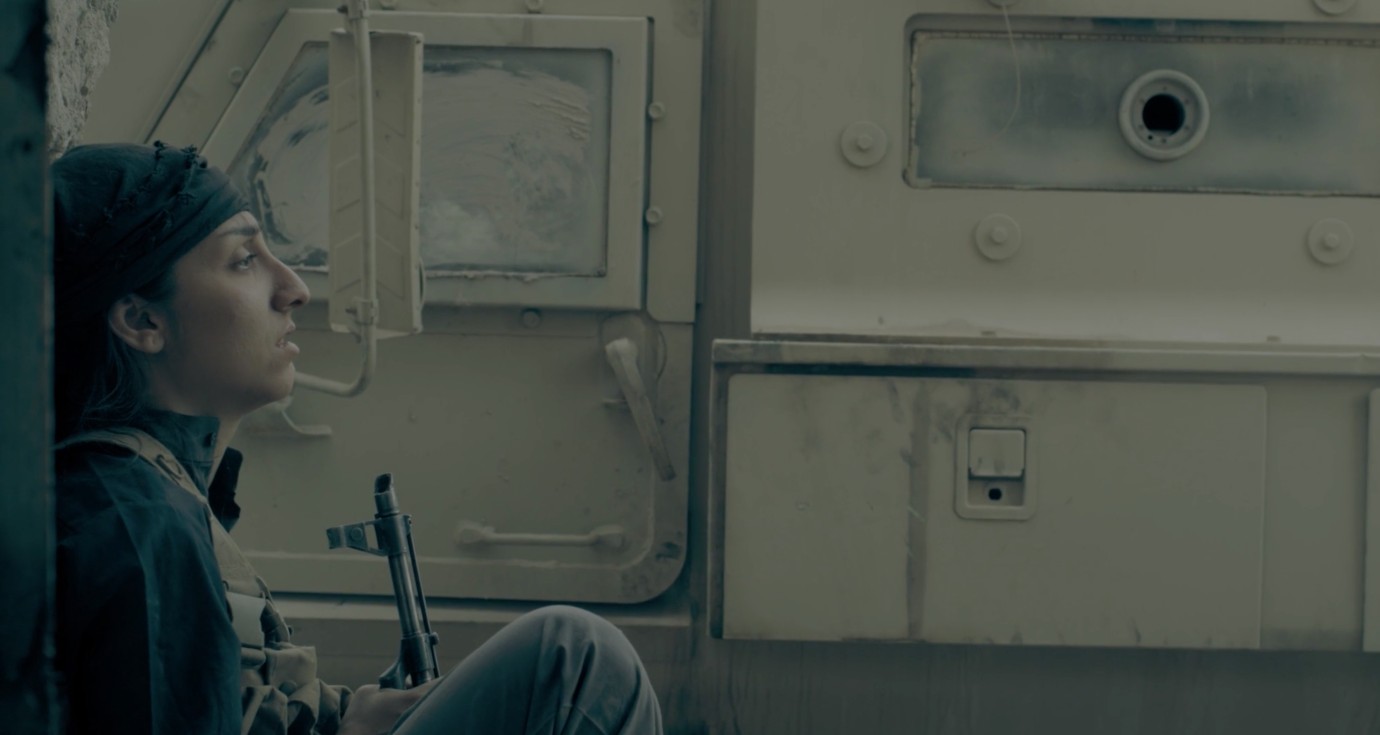 © Maytham Al-Daradji
Disguised as an ISIS fighter, a young woman emerges from the trunk of a car. She is one of 3000 Yazidi women kidnapped from Mosul by the Islamic State in 2014 and sold as sex slaves. Now she is on the run, trying to find her way between ruins and corpses. Major hostilities seem to be over, but the situation remains dangerous. Single shots can be heard, along with detonations and radioed instructions – her persecutors are still on her heels.
by Ali Mohammed Saeed
with Redhab Ahmad, Mohanad Hayal Iraq / USA 2019 Arabic 10’ Colour 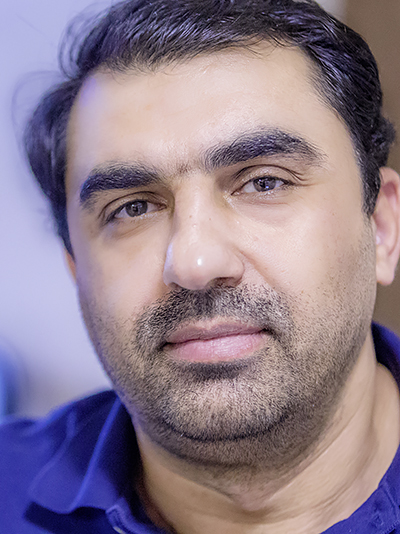 Born in Baghdad, Iraq in 1976. In 2013, he founded the non-profit organization Enki Film Academy in the USA, of which he continues to be the CEO to this day. Since 2017, he has also been the executive director of the 3 Minutes 3 Days Film Festival in Iraq. He is studying the master’s degree in broadcast and cinematic arts at Central Michigan University and, in 2009, won the Sharjah Award for Arab Creativity. Mosul 980 is his directorial debut.