© Magga Vala
Thea passes Ronja a glass full of her friends’ spit. You don’t have to drink it, it’s just a game. Self-confidently the girls rewrite the birthday party rules, casting aside constraints and inhibitions. Everything seems wilder, less predictable and more exciting than usual. The pink light of the disco ball meets the blue of the swimming pool, which is transformed into a water-cool and sauna-hot stage for the testing of limits.
by Fanny Ovesen
with Elen K. Frogner, Martine N. Hammerstad, Wiktoria Grzegorczyk, Marita A. Torve Norway 2018 Norwegian 18’ Colour empfohlen ab 12 Jahren 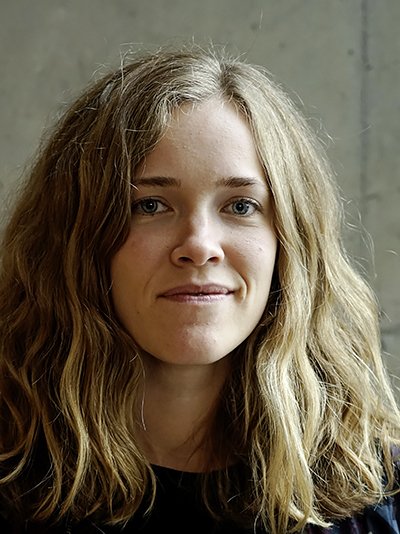 Born in 1990 in Sweden where she studied social sciences and film production and made several short films before continuing her studies at the Norwegian Film School in Lillehammer in 2015. During her degree she focused on themes such as social norms, structural violence and privilege. In 2017, she co-wrote and co-directed the short film Smile which screened at several European festivals. She-Pack is her graduation film. She is currently working on her feature film debut which has already won several awards and grants in the development phase.