This year, Berlinale Talents is inviting Berlin audiences to 25 public talks and five film screenings. In this interview, programme manager Florian Weghorn and project manager Christine Tröstrum discuss this year’s thematic focus, the special feeling that distinguishes the section and the #MeToo debate. 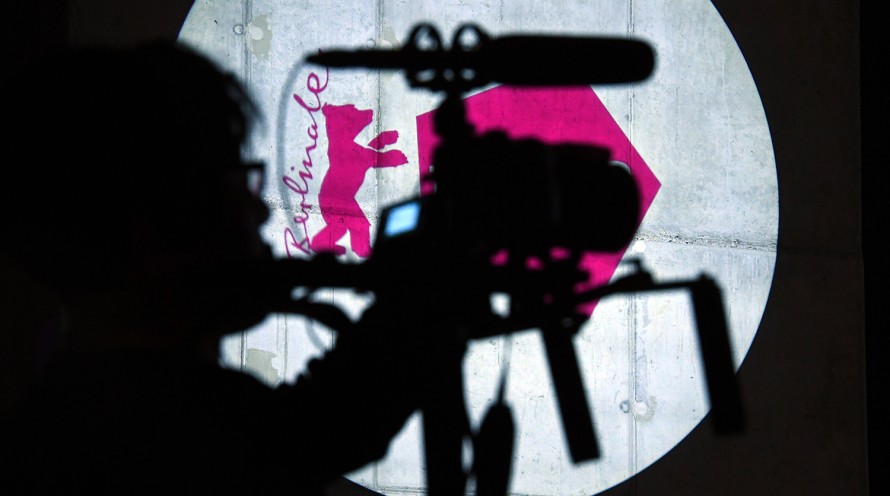 Your theme this year is “Secrets”. What made you come up with this?

FW: Themes come to us as a gut feeling. And not our own, but those of the Berlinale initiatives and their worldwide communities. They therefore represent things we’re currently working on and which many of our Talents have been chewing over content-wise or on a practical level. This year we’re focusing on hunting down the mysterious in cinema, things and moments that are not at first obvious. We want to publicly share our knowledge and fascination with mysterious aspects of film. If you look at the film industry, some secrets are long past their due-date and need to be aired. Having said that, aspects concerning stories and imagery should preserve the magic of cinema. Because, in an age when technology seems to make everything constantly and universally available, secrets are almost something that needs protecting.

CT: Besides, the topics of the year always arise from a reflection on the social conditions. How do we want to work and live? What could the future look like? Especially with regard to social cohesion and sustainability. The changes and structure of organisations are central factors in this context. For example, how is knowledge being shared and how does it move between different hierarchical levels? We are promoting transparent processes and developing entirely new concepts about how we want to work together in the future. For this reason, “sharing secrets” and “sharing knowledge” are important impulses for this year’s theme as well as for our collaboration at the Berlinale as a whole.

A Network of Mutual Sympathies 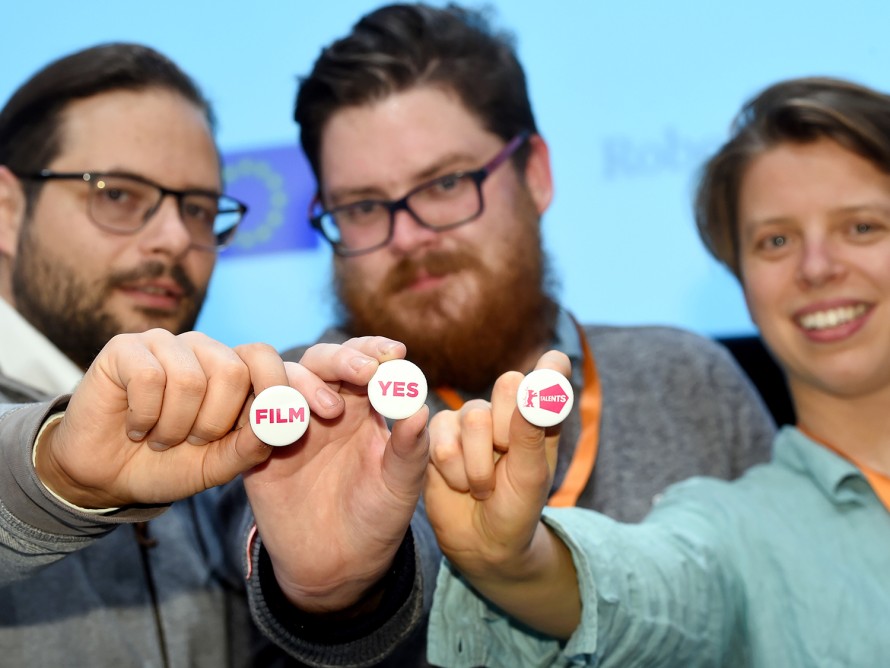 Participants of the 2017 "Short Film Station“

With 3,191 applications from 133 countries, you’ve set a new record this year. In the meantime, your alumni community has grown to 5,400 members. Considering these numbers, do you still have goals for the coming years?

CT: Of course! We never rest on our laurels. Berlinale Talents is demanding, our aspiration is to permanently adjust the programme to the needs of both the filmmakers and the industry. Change is an implicit part of this. Many of our alumni come back as experts and offer their own focal points in the programme which then lead to new initiatives and result in further changes.

FW: And, as everywhere at the Berlinale, we seldom measure success in numbers. Depth and sustainability are the decisive criteria. The original concept of Berlinale Talents wasn’t a school or “talent factory” but a network of mutual sympathies. Whoever comes to Berlin is already a talent and encounters other talents. Trust is very important to us: we want to encourage people to continue on their own path. This structure allows us to invite many participants from previous years to return as experts. This year, that’s people like director David Zellner and producer Bianca Balbuena who both have films screening in the Competition. It usually only takes half an e-mail to restore that old family feeling – and with it, to establish a new working relationship which generally fits very well with the Berlinale.

CT: To just take an example: South African producer Dylan Voogt wrote to me about being invited to Berlinale Series with a Danish production. His last sentence was “Happy to be back. Talents was a life changer and it works.” I congratulated him and asked whether he would like to do something at Talents. His reply: “Yes, if you need me, let me know.” 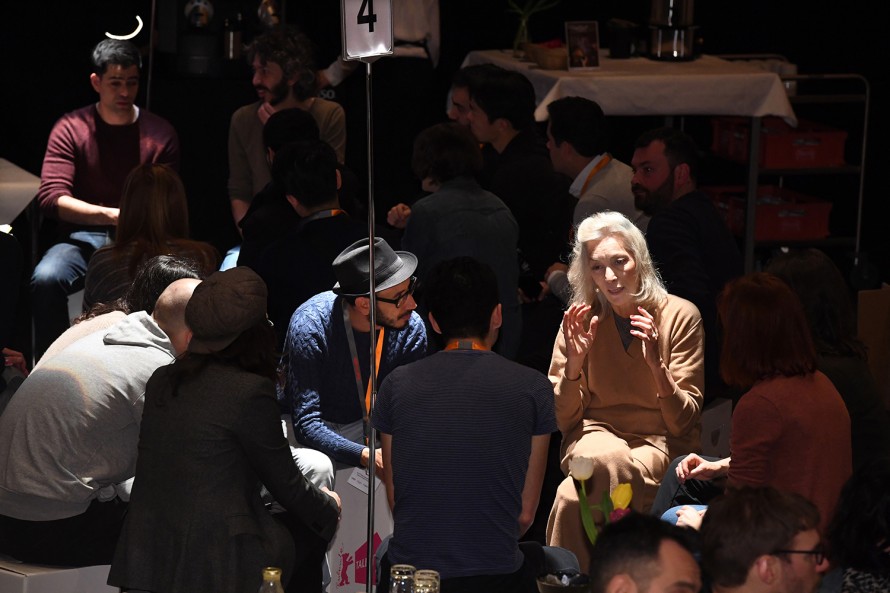 And what are your plans for the future?

FW: For the future we intend to intensify the work on these relationships and this is always related to content. It’s not about “secret handshakes” but about being prepared to come to an understanding on specific subject matters and to strengthen each other. Along these lines, the programme is currently changing again, opening up more and more new spaces for this kind of exchange. In many places, we have eschewed traditional panels in favour of smaller, more interactive formats in which big stars can enter into a genuine dialogue with the Talents and the audience. As ever, many events are open to all Berlinale visitors. But we believe that sheltered environments and safe spaces are also required in which topics can be addressed in an open and sometimes even more controversial manner.

CT: Moreover, we understand our initiative to be a place for life-long learning. Every day means discovering something new – and reflecting on the value of these new findings. Thus, Berlinale Talents isn’t only aimed at filmmakers at the beginning of their careers; it is also an invitation for everyone to participate and to share and augment their knowledge. 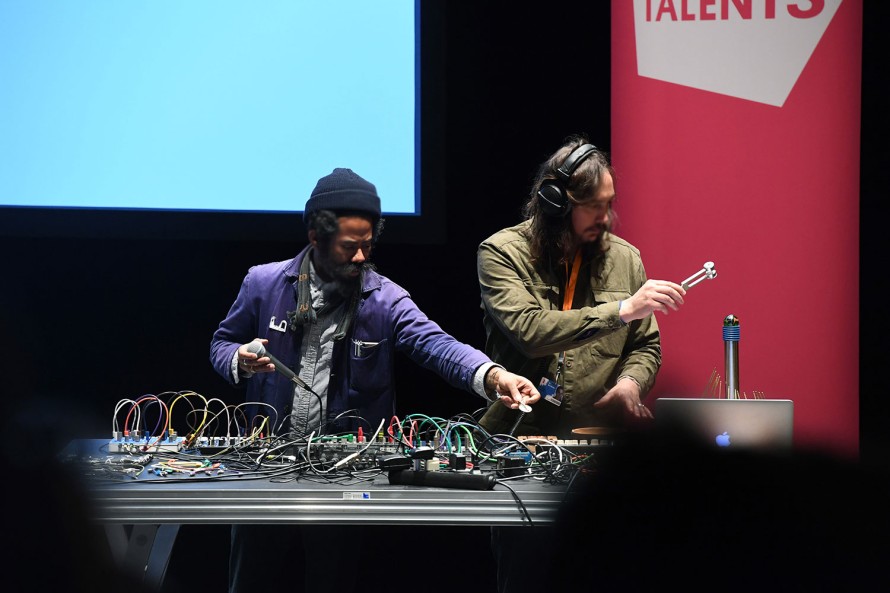 During the event "Body Experience: Sounds From Inside“ 2017

Many of your events are also open to the general public. What is the particular attraction of this?

FW: We can intensify the cinema experience of festival visitors. For this reason, we often invite filmmakers whose work festival audiences may have seen and who they have briefly witnessed in public discussions on stage. At Talents, the possibility then exists to delve deeper into the production process or one particular interpretation of cinema. We have arranged with Wes Anderson for his storyboard artist Jay Clarke to come to us. On Grand Budapest Hotel and this year’s wonderful Berlinale opening film, Isle of Dogs, Clarke and Anderson started working together in the very early stages of the production – where ideas are born. Jay Clarke is going to come and draw in a fantastic event. It’s important to us that our guests don’t just talk but also act and interact on a practical level.

CT: From the beginning it was a USP of Berlinale Talents that we don’t just focus on directing, producing, acting and screenwriting but on all the disciplines – right up to film criticism. The public programme reflects this tradition very well, for example, in a presentation on the lighting design in Blade Runner 2049 and in an acting workshop with Josephine Decker which is open to everyone.

“I’ve been called a woman cameraman.” 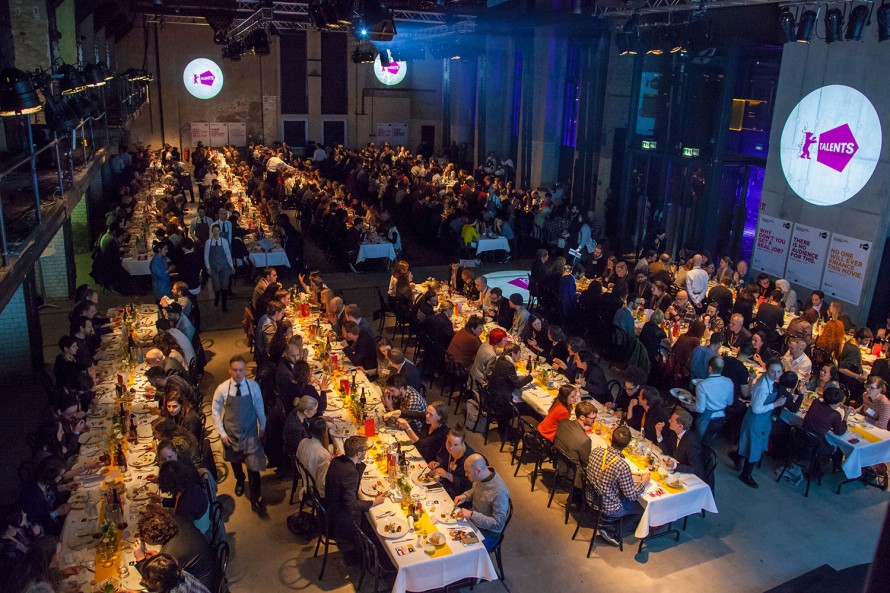 Equal rights in the film industry have been brought starkly into the public consciousness with the #MeToo debate. This year you have 128 women and 122 men on board. Is this gender equality a concern for you?

CT: From the start, Berlinale Talents has been a 50-50 event. That’s indeed an objective for us and has become a matter of course. There is still a lot to do, but we are mindful of also tackling the embedded structures of film production – especially on the technical side. Because if it’s all about equality in the exchange between different human beings, then it affects the entire cast and crew. We’re placing the topic at the heart of this year’s programme with the legendary camerawomen Nancy Schreiber and Agnès Godard. Our jumping off point with Nancy was an interview in which she said: “I’ve been called a woman cameraman.” Although, fortunately, there are more and more successful camerawomen, the simple word “camerawoman” or the neutral “cinematographer” are less established even in the Google search function. We mainly want to speak to Nancy and Agnès about their great camerawork, but the public panel in HAU1 is also welcome to further the debate on women in the so-called “technical crafts”. We’re hoping for the audience to actively take part in an animated discussion.

FW: And perhaps another thought on the #MeToo debate. As a festival, we have great respect for the many people who are now daring to reveal often unutterable secrets. And we’re of the opinion that the system needs to be changed. A lot of what the festival as a whole can contribute to this debate is therefore taking place in the industry initiatives – not least in the European Film Market and with us because we can trigger changes at the deepest levels. We’re asking how forms of collaboration in film can be shaped so that the hierarchies and power structures become more apparent and the chance then arises for the next step being to change them. Talents is ideally suited to such a process: the 250 Talents and the experts are ready and waiting to pose such questions – and they have very good ideas.

Diversity and variety are of course general founding principles of Talents...

CT: Yes. And to see these principles at work overwhelms us time and again. When a Palestinian and an Israeli participate in a workshop together and it is only at the end of the week that they realise where they actually come from. There are no borders or cultural sensibilities, Berlinale Talents is, in this sense, its very own individual and peaceful planet.

With the Kompagnon Fellowship you and Perspektive Deutsches Kino presented a very special award for the first time last year. Has your approach been proven successful?

CT: The special thing about the award is that it goes beyond what many other prizes do, which is to thrust money into people’s hands and say: “You’ll manage.” That also has its place and is very important but the Kompagnon seeks to do more. It literally wants to be a companion who remains at the winners’ side for a year and helps and supports them. Nora Fingscheidt, who won the award for her project Systemsprenger last year, sat down with us quite early on and considered what she actually needed. And she decided to call upon various people who acted like an emergency helpline for her whenever she needed someone’s experience. This way, she received legal help and also advice during the scripting stage and in preproduction. She has woven a network around her own network. And that was unbelievably exciting for us to see because that’s exactly what the Kompagnon was intended to achieve.