The Shadow of Utopia 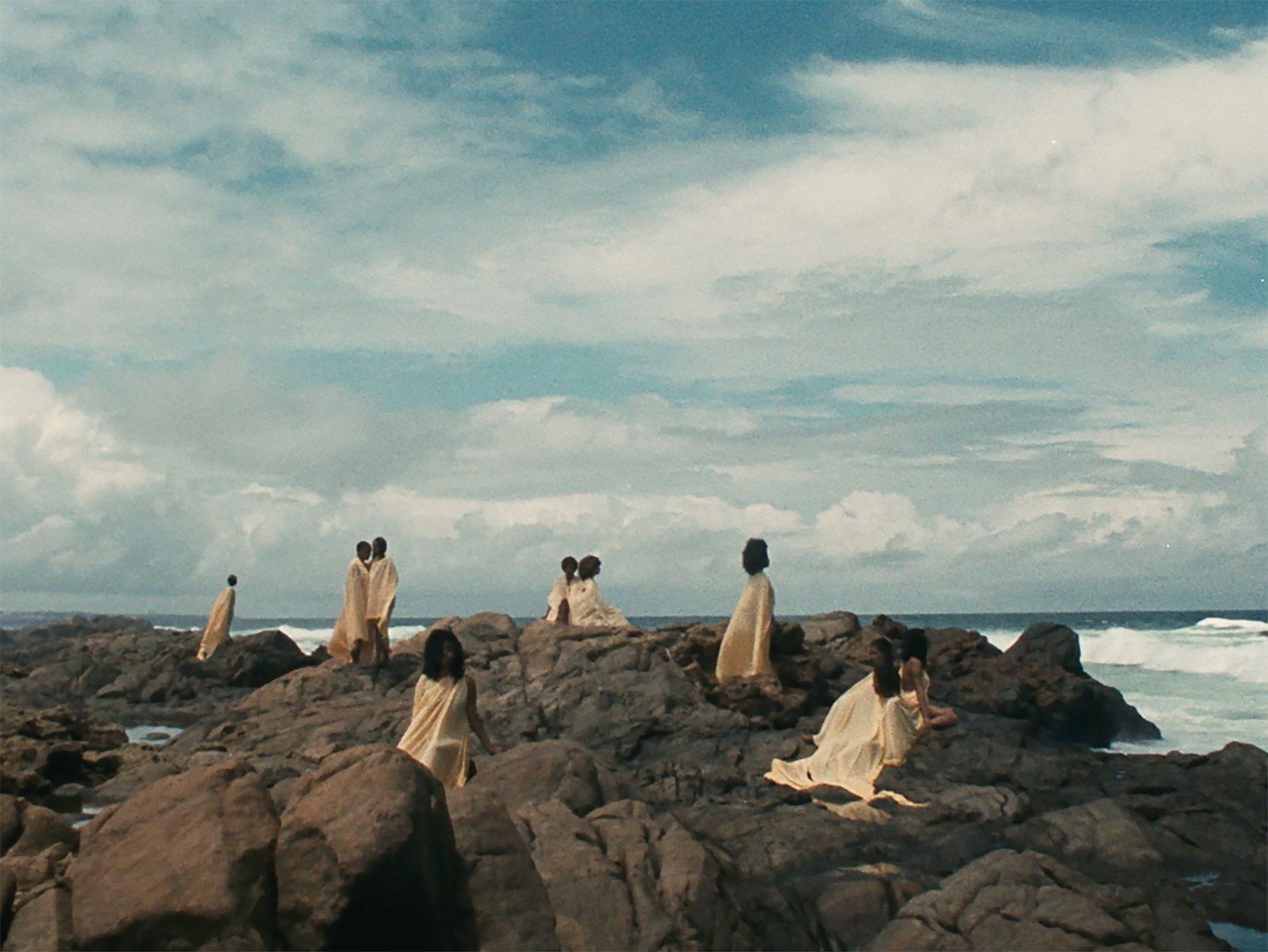 The Shadow of Utopia is the final instalment of a trilogy by the filmmaker Antoinette Zwirchmayr, in which the memories of three generations of women form the axis of the narrative. What role does the father play, or Brazil, or sensuality and the body? In stylised images, the narrated puzzle pieces find their counterpart. Sometimes it is a dialogue, sometimes the sound follows the images, more often it is the widening gap that enables a look into the past. Puzzle pieces that find one another, are found, by her, by us as viewers. Anything naturalistic, direct or potentially emotional is shifted. A sound layer that sometimes attaches to the images is present, though in principle it acts autonomously.
Then father isn’t there much. The women are alone. They stand at the ocean’s edge and the wind roars. It is a place in which everything is different than it is at home.
In Herrenpartie by Wolfgang Staudte (1964) the women who no longer have men also stand together as a group arrayed against the past. In Staudte’s film they wear black dresses, in mourning. Arranged like pearls in the desert. Strong. In Zwirchmayr’s film black becomes gold. The dresses blow in the wind. Memories fly, some of the women can grasp them – how much truth, whose truth – the wind roars.
‘The third part is not a film about me, but instead about my perceptions in Brazil as a kid, about sexuality, eroticism and fantasies. About a place where everything is better than it is here with us,’ says Antoinette Zwirchmayr. She is among the great independent filmmakers of her generation, who give form to cinematic memory, and let the female body keep its form. Lust. Sensuality. In all its longing – palpable.
Maike Mia Höhne
by Antoinette Zwirchmayr Austria 2017 English 23’ Colour

Born in Salzburg, Austria in 1989, she lives and works in Vienna and studied at the Academy of Fine Arts in the same city. Her short films have screened at numerous festivals including the International Short Film Festival Oberhausen and the Toronto International Film Festival. She has received several prizes and scholarships, most recently a grant for film art awarded by the Austrian government.