© Charlotte Regan / Jack Hannon / Arran Green
Don’t put up with any crap, his father tells him. Don’t show any weakness, and never back down. Just don’t be a damned victim. His mother has made breakfast: baked beans on toast with bacon. Meanwhile, the son nervously smokes a cigarette and fumbles with his tie. Today it is particularly important that the suit sits well. And yet nobody knows how the day will end.
by Charlotte Regan
with Alfie Stewart, Sian Clifford, Martin Askew, Cameron Goodchild United Kingdom 2017 English 8’ Colour 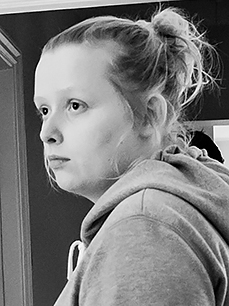 Born in Islington, London, UK in 1994, her short film Standby which premiered at the Toronto International Film Festival, was nominated for a British Academy Film Award (BAFTA) and won the British Film Institute Future Film Lab Award. She was recently selected as a Sundance Ignite fellow.