© Blade Productions / Marko Brdar
After fleeing her violent father, 13-year-old Julija seeks comfort in her kindergarten friend Ana, who still lives on the island. But during a diving expedition, Ana only has eyes for her boyfriend. Feeling that she is increasingly being pushed away, Julija desperately struggles to gain recognition and attention. As her loneliness grows, her buried pain comes to the surface and confrontation becomes inevitable.
by Antoneta Alamat Kusijanović
with Gracija Filipović, Vanesa Vidaković Natrlin, Dominik Duždević, Andro Režić, Nataša Dangubić, Marija Kohn Croatia / Slovenia / Sweden 2017 Croatian 22’ Colour 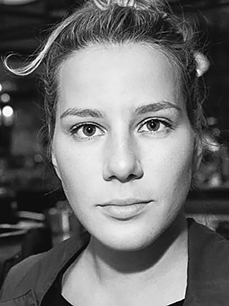 Born in Dubrovnik, Croatia in 1985, she acted from the age of seven at the Marin Drzic Theatre in the city. She then studied film and theatre production at the Academy of Fine Arts in Zagreb. Producing short films and a series of music videos, she discovered her passion for writing and directing. In 2012 she began studying directing at Columbia University in New York where she has made various short films. In 2016 she participated in Berlinale Talents during which U Plavetnilo (Into the Blue) was selected for the Short Film Station.