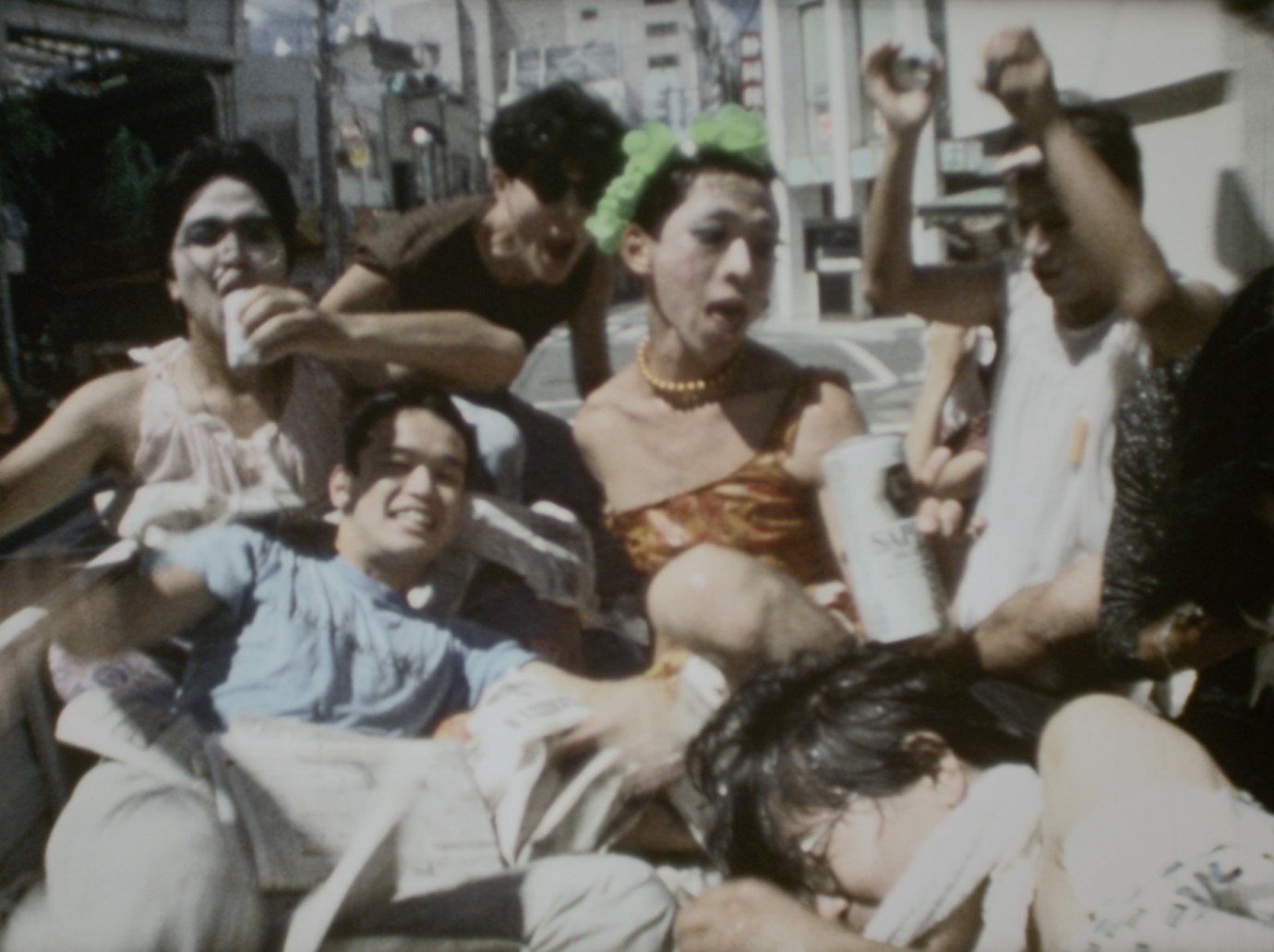 Katsuyuki Hirano made his name both as a director of "Pink eiga" as well as with his bicycle trilogy, in which he undergoes extreme ordeals to cross Hokkaido, Japan's northernmost island, by bike in the middle of an icy winter, completely alone. His first feature Happiness Avenue can also be described as unwavering and was made when Hirano was only 22. He had intended to become a comic artist, but his experience with 8 mm film led him to a career as an adult video director. Shot in his hometown of Shizuoka, the film is based on a manga by Katsuhiro Otomo and celebrates a provocative performance that seeks to shatter the moral confines of small town mentalities. The enemy appears in the very first scene already in the form of a group of right-wing extremists, who vociferously demand the return of the Kuril Islands annexed by Russia in 1945. But Hirano and his troupe (which includes Sion Sono) can also make noise: Wearing flashy costumes, they screech their way through the town, dancing in the gutters and provoking the locals. It’s only their recycling truck whose loudspeaker announces the dissolution of the ruling party that ends up drowning them out.
by Katsuyuki Hirano
with Masahiro Sugiyama, Yoko Harada Japan 1986 93’