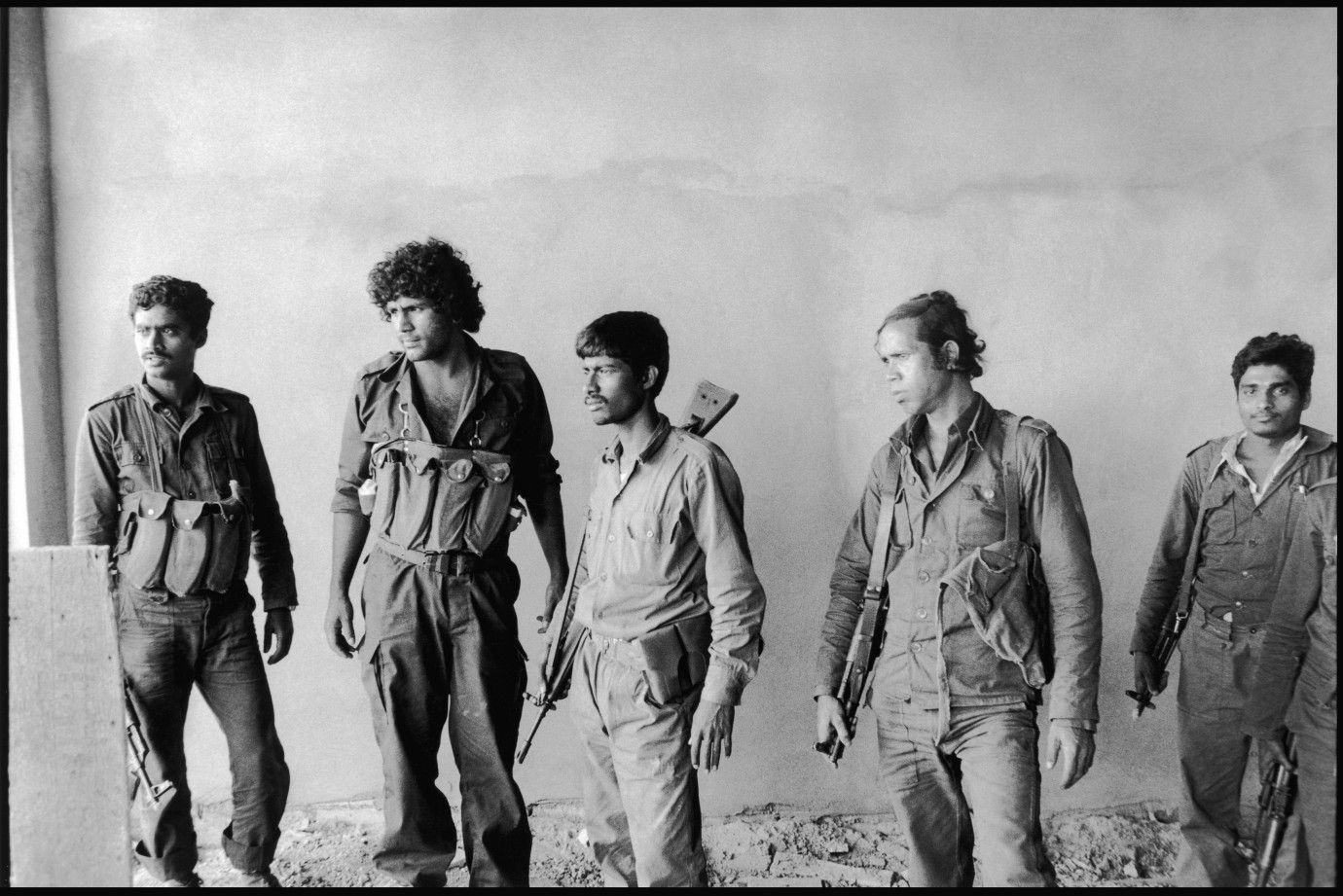 courtesy Christ Steele-Perkins/Magnum
In Naeem Mohaiemen’s latest installment of his exploration of the revolutionary left, his starting point is a picture taken of five men in Beirut in the early 1980s. The black-and-white image shows them posing in a bombed-out building, all in military fatigues, all but one facing out to the hors-champ. Speculations on the historical background of the photo – the identity of the men and the engagement of Bangladeshi freedom fighters in the revolutionary struggle of the PLO – intermingle with aesthetic musings on the color of the light on the day the photo was taken. Interviews and research in Beirut and London yield responses of indifference and fear of prosecution for talking about past battles.
Abu Ammar is Coming follows the path of the picture and the mysterious disappearance of all residue of what was once a moment of global solidarity. The film’s title refers to the ‘guerrilla period’ nom de guerre of Yasser Arafat, and pivots on a story told in Beirut of the Bangladeshi fighters being sent out of the city with ships carrying the remnants of the PLO after the collapse of Lebanon as a Palestinian stronghold. Like many stories connected to the image, this one also merges promise and heartbreak.
by Naeem Mohaiemen Bangladesh / Lebanon / United Kingdom 2016 6’