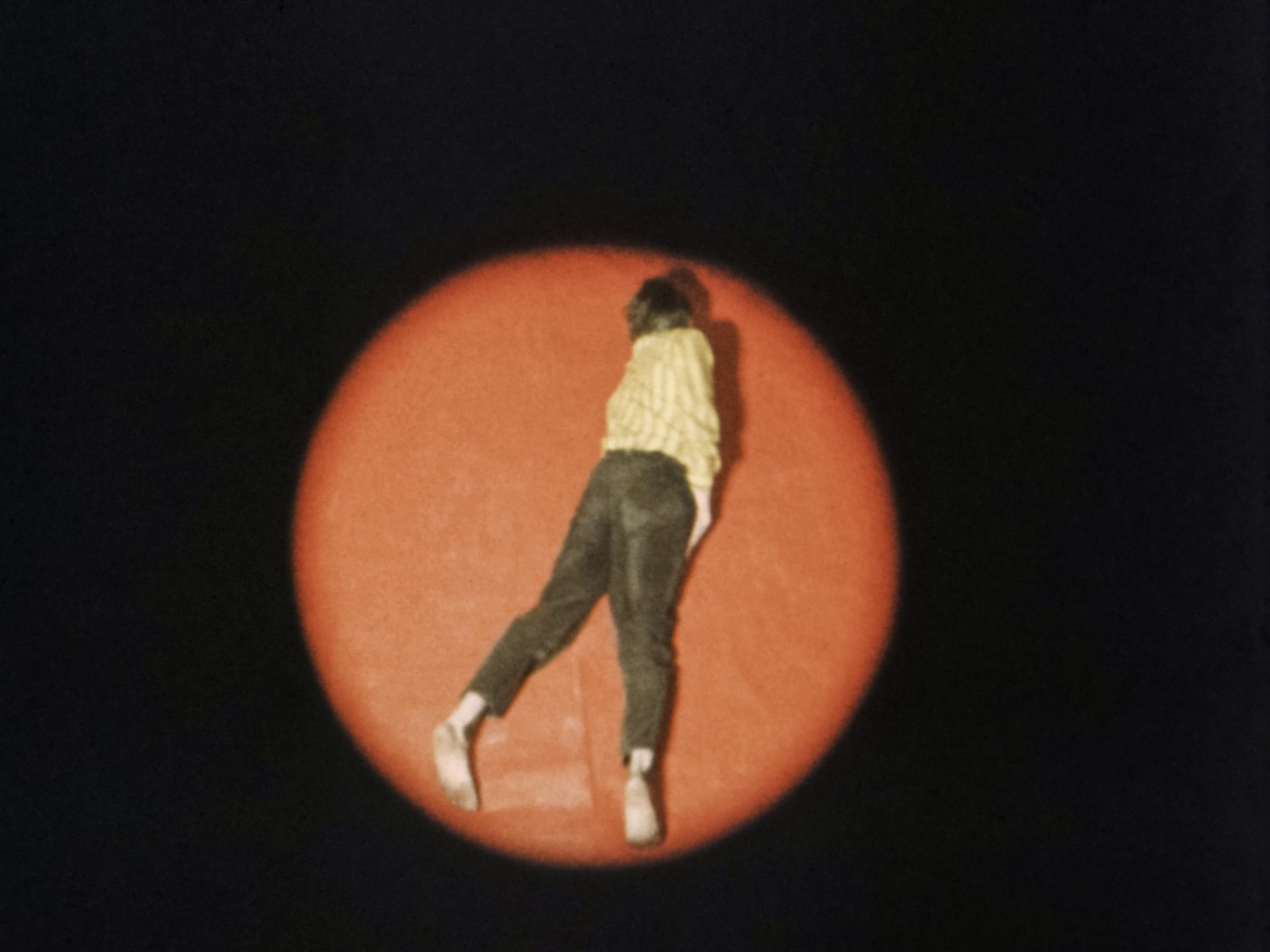 © 1966 Werner Nekes
The film is influenced by New American Cinema’s experiments with abstract forms. In three sequences, we see two people (Werner Nekes and Dore O.) either turning individually in a coloured circle, or moving around together within the screen’s rectangle. It was edited according to the frame numbers – 3, 6, 9 … –, giving it a rigorous structure.
by Werner Nekes
with Werner Nekes, Dore O. Germany (Federal Republic from 1949) 1966 10’