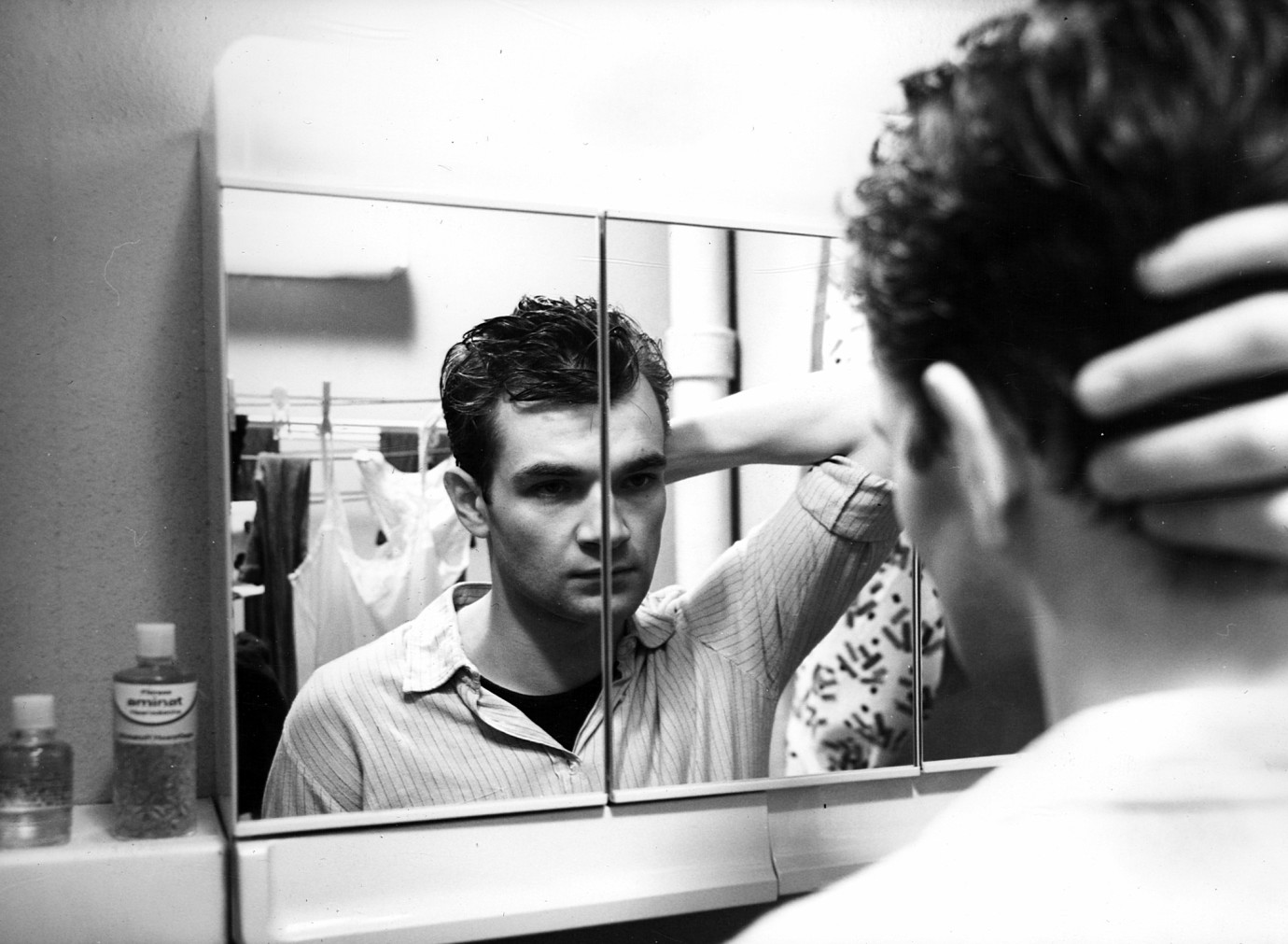 Wolfgang Fritsche © DEFA Stiftung
An ambulance races down the streets of Berlin on New Year’s Eve. A young man, Matthias, has taken an overdose of sleeping pills and is wrestling with death. A flashback: an ambitious young teacher named Philipp Klahrmann is well-liked by his pupils and a fellow teacher, Tanja. When she falls in love with him they become a couple. But then Philipp runs into Jacob, an old school friend, who reminds him of their former homosexual relationship. Philipp has been repressing his predisposition for years but can do so no longer. He meets Matthias and falls in love with him. His passionate relationship with this young man puts him in a dilemma. He is fond of Tanja, who is now expecting his child, and does not want to disappoint her. Philip embarks on a painful process of finding himself. Not knowing what to do with himself or how to cope with his problems, he instead alienates everyone else. Upset and affronted, Tanja distances herself from him, and Matthias, who is deeply in love with Philipp, tries to commit suicide. In the end, Philipp manages to overcome his fear of public opinion and comes out of the closet.
DEFA Foundation
by Heiner Carow
with Matthias Freihof, Dagmar Manzel, Dirk Kummer, Michael Gwisdek, Werner Dissel, Gudrun Ritter, Walfriede Schmitt, Axel Wandtke, Pierre Sanoussi-Bliss, René Schmidt, Thomas Gumpert, Ursula Staack, Robert Hummel, Horst Ziethen, Gertraud Kreißig Germany (GDR 1949 to 1990) 1989 109’