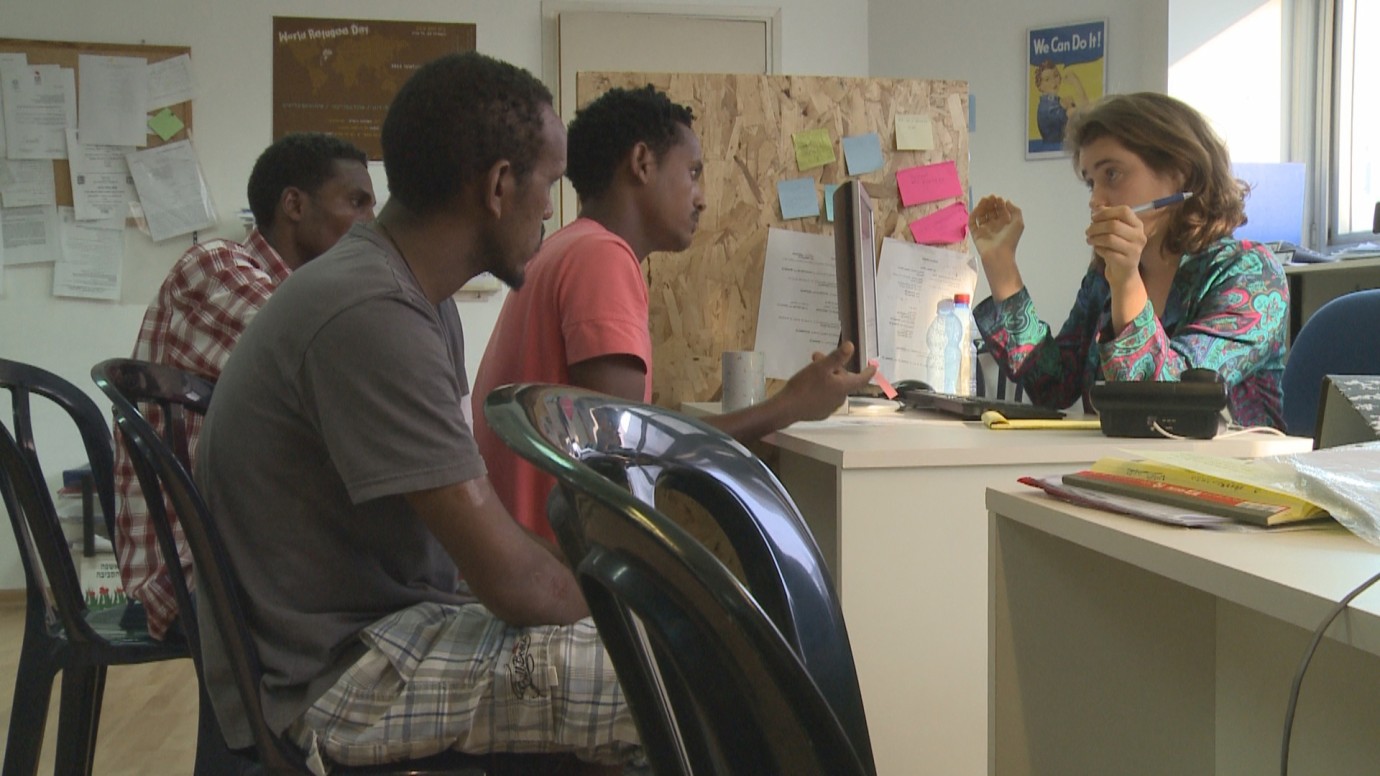 The women from the Tel Aviv hotline for refugees and migrants work around the clock. They look after the rights of people without papers, give legal advice, go to government offices on their behalf and do public relations for their cause.
The camera catapults us right into the midst of the action. Before an enraged crowd, a woman activist calls for the refugees from Sudan and Eritrea brought to Sinai by Egyptian traffickers and now stranded in Israel to be given residence permits. She is met with vehement resistance and is verbally and nearly physically attacked. But the organisation doesn’t just have to fight the xenophobic mood in the population, but also a brand of legislation that treats any illegal border crossing as a criminal offence. The refugee prisons near the Egyptian border are constantly being expanded. The director is denied access. Silvina Landsmann takes the viewer along to the various settings – government offices, courts, the Knesset – and edits together her material in such a way that it becomes clear what the struggle for human rights consists of: talking, mobilising, documenting and persuading.
by Silvina Landsmann Israel / France 2015 100’ 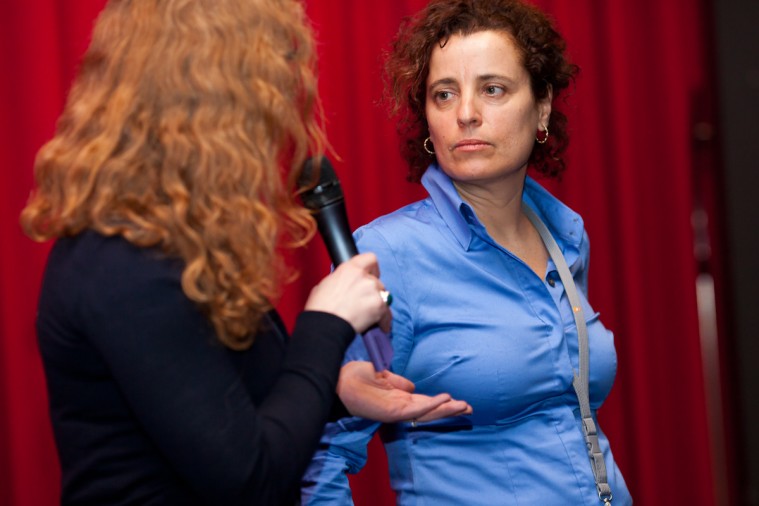