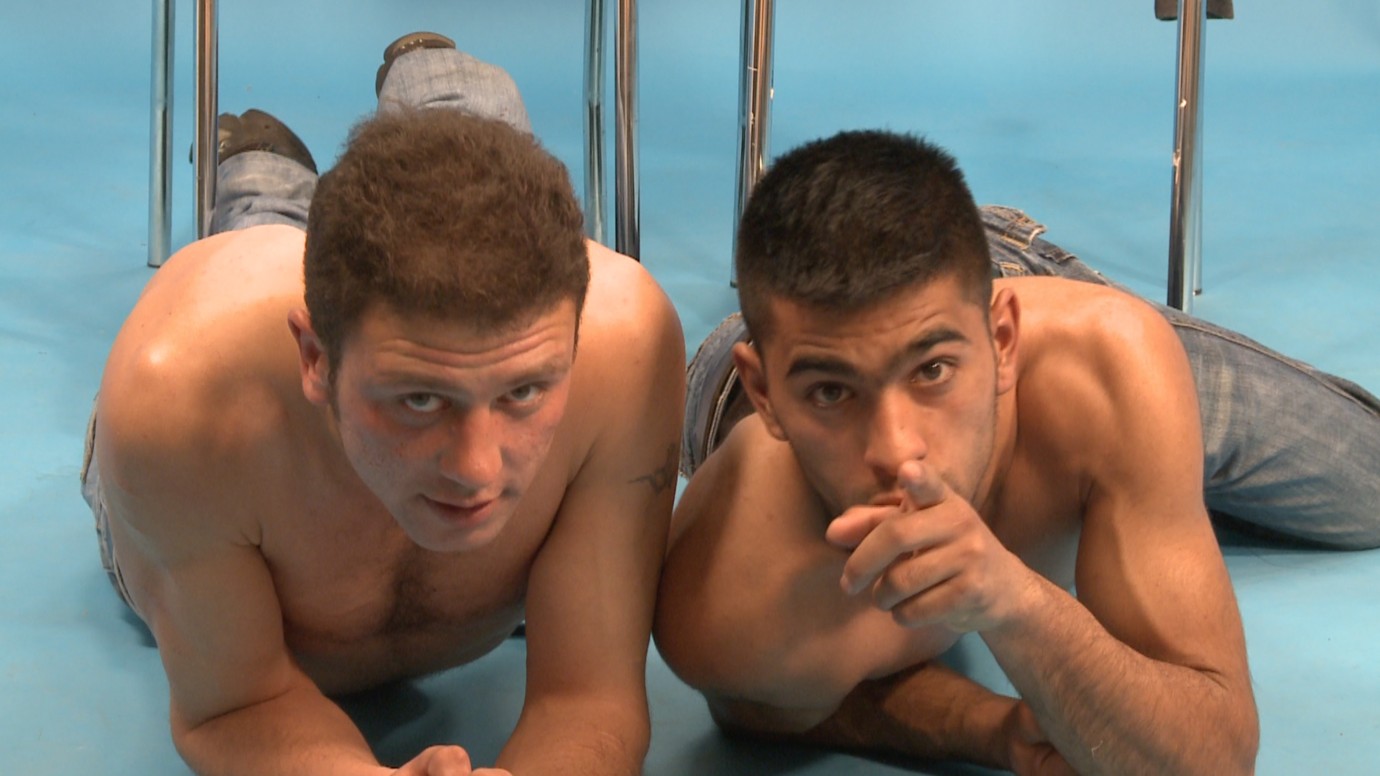 © Nicolas Cilins
Adi and Florin, two men from Romanian, are dancing in front of a blue screen. Once they stop to address the camera, they begin thanking everyone who helped them survive in Geneva throughout the past weeks. Having moved there a while ago due to the extreme poverty in their native Romania, they go on to ask their imaginary audience for some help and assistance.The two re-enact some scenes from their past and present lives in a number of short role-plays; sometimes cartoonish, sometimes visibly heartfelt and emotionally charged. They recall their farewell from their family homes in Romania, simulate some of their experiences as rent boys in Geneva, look up their favorite songs online with the two cameramen on the set, and share their financial issues and other worries.

“In 2014, I heard of a bar in Geneva where men go to pick up young male Romanian prostitutes.When I walked in there for the first time I was immediately taken aback by the peculiar and strange atmosphere inside. The place was almost empty but for two older men drinking at the bar, facing a group of younger Romanian guys.From the outside, the bar served as a suitably normal façade for what really went on inside. At first I could not quite figure out how the transactions between potential customers and the Roma guys occurred. This is where I met Adi and Florin.I offered them to be part of a film I was currently working on. We then vaguely discussed that perhaps there could be some money in it for them, and in the end they agreed to come along. Filming was to take place on an improvised and rudimentary film set that was installed at Geneva’s art school.”
(Nicolas Cilins)
by Nicolas Cilins
with Adi, Florin Switzerland 2014 43’ 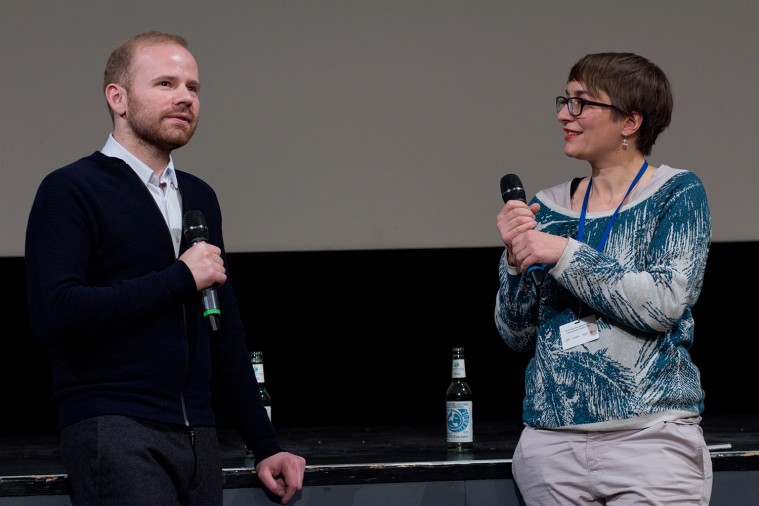