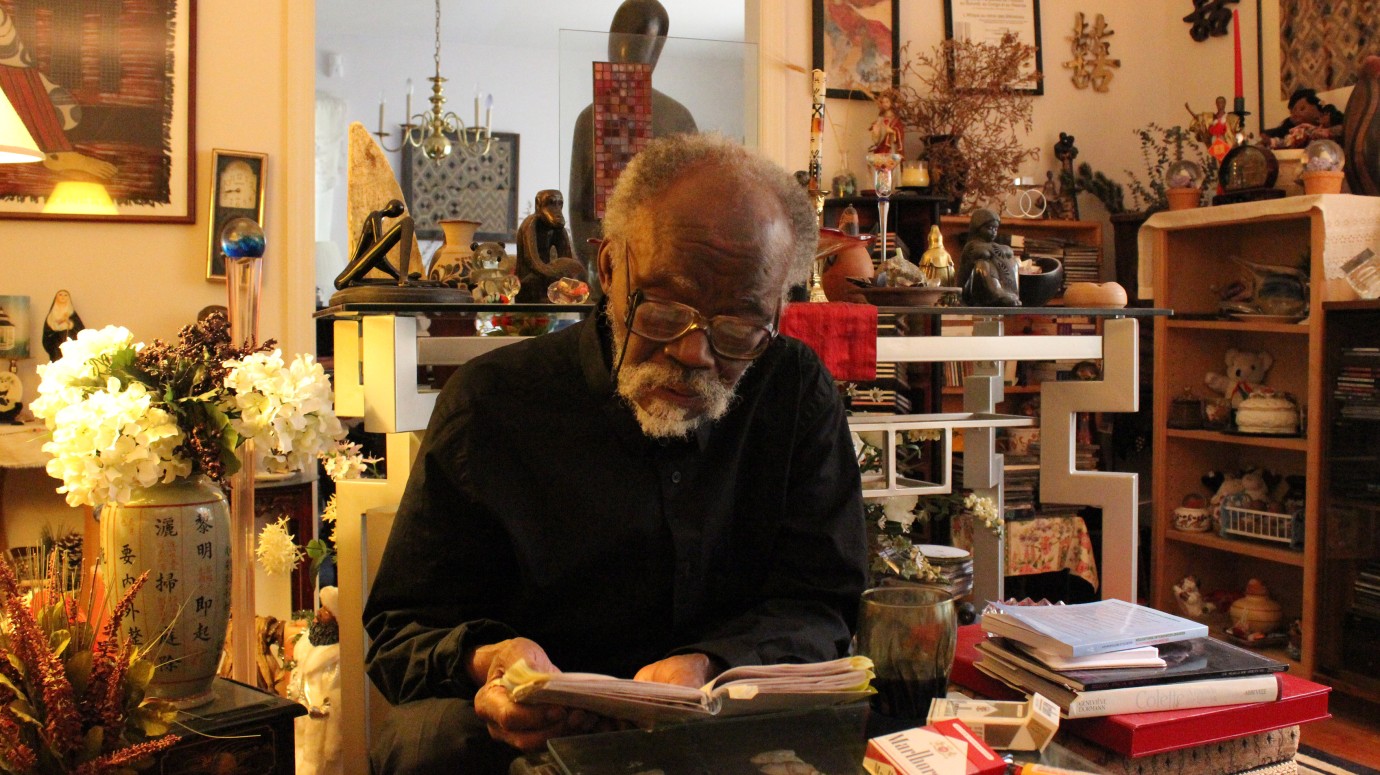 © Jean-Pierre Bekolo
Les Mots et les Choses de Mudimbe is a portrait of the Congolese intellectual V-Y Mudimbe, one of the most important living African philosophers and writers. Mudimbe was born in 1941 in Likasi, then the Belgian Congo and today the Democratic Republic of the Congo. At first he studied economics in Kinshasa, later getting his doctorate in Romance Philology in Paris. The linguistic genius – he speaks around 10 languages and can read in another 8 – has taught at a large number of prestigious universities in the world, in France, Belgium, Mexico, Canada, Great Britain, Israel, and Germany. In 1979 Mudimbe emigrated to the USA, where he is still Professor Emeritus at Duke University. In his work, which has received numerous awards, Mudimbe is concerned with the past and present of Africa between tradition and European influence, and with the processes of breakup and destruction caused by colonialism, missionary activity, and development aid. For instance, his novel Shaba deux, which came out in 1978, treats the horrible events under the Mobutu dictatorship. His novel Le Bel Immonde (1976) appeared in German in 1982 under the title Auch wir sind schmutzige Flüsse and in English in 1989 as Before the Birth of the Moon. His monographs The Invention of Africa (1988) and The Idea of Africa, in which he attempts to liberate Africa from its positioning as the ‘absolute other’ in Western thought, are considered classics and their significance is often compared to Edward Said’s Orientalism.
The film is an unusual portrait by one of the the most well-known filmmakers in Cameroon. An “introduction, abduction, seduction” (Dorothee Wenner) into Mudimbe’s work and thought. Organized like a book, in which new chapters are continually being opened up, introduced each time with handwritten text panels, the film inserts itself into this highly complex thought, this biography that practically covers the whole globe. The house where Mudimbe lives becomes a structure that houses this life and thought, and thus the film. Only at the very end does the camera come to rest in a shot that can be taken as inviting. Precisely in its tenacity, the film unfolds into an architecture of alternating perspectives, it creates configurations, it traces assemblages that embody the knowledge and thought of Mudimbe: never conclusive, always in connection (Édouard Glissant would say rélations). The house, Mudimbe’s stories and references, and thus the film are filled with books, photos – of family and companions and friends – memories, diplomas, countless objects, statues, and technical devices. Encompassing an entire century, but still open to everything, the old as well as the new. It’s about Hegel, Derrida, Aristotle, about Hannah Arendt, Clifford Geertz, Pierre Bourdieu, and – as is clear from the title – about Foucault; about the Berlin Africa Conference, about the philosophical emergence of thinking about ‘Rasse’ during the German colonial period Rwanda/Burundi. About African philosophers and a critical investigation of occidental production of knowledge. And what it’s about over and over again is: how knowledge arises, is taught, how it is conveyed. Mudimbe creates fascinating cross connections, a way of ‘reading,’ of analyzing the past and the present, constantly critical, constantly curious. His own private histories also come into play, as the son of parents from different ‘ethnicities,’ educated by the Benedictines (a comparison of different religions also comes up). His thought, his teaching, his research is not an end in itself, “but he also means himself when he says that it’s actually better ‘for the system’ if philosophers are dead – otherwise they cause trouble.” (Dorothee Wenner)
Bekolo once again shows himself to be a delightful portrait filmmaker. Like in his magnificent – radically short – portrait of Djibril Diop Mambéty (La grammaire de ma grand-mère, F 1996), he creates a mise-en-scène from speech and the ever present possibility of contradicting it, of the “possible encounters ... with the question of what film can say and how it can narrate something together with someone, with other things and people” (Brigitta Kuster). An unusual film, as fascinating as its object/subject, opulent, sensitive, clever, and radical. Another station of delightful postcolonial, cosmopolitan filmmaking.
(Nanna Heidenreich)
by Jean-Pierre Bekolo Cameroon 2014 243’ 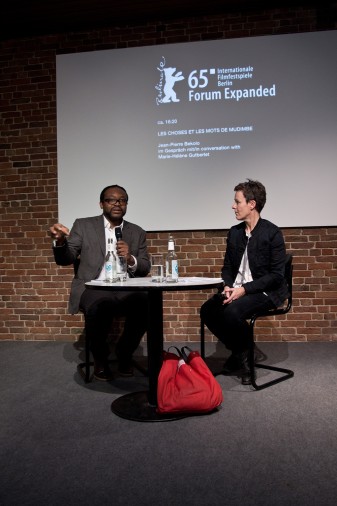