© Fluxus Films
This father and his football-crazy son never dreamed they would wind up on this coach. They have driven in their own car from England to go to an international match in Paris. But a breakdown changes everything and now they find themselves sitting amongst a coach-load of excited English fans who have kindly offered them a ride. Huge flags are draped out of the windows, beer cans make the rounds, aggressive chants are belted out, and dirty jokes and nationalist slogans are shared. There is raucous laughter and plenty of swagger. The boy’s father, a somewhat staid, conservative type, feels like a fish out of water, but his son finds all this unfamiliar uncouthness irresistible. Things come to a head at a motorway service station. The father refuses to have anything to do with the rabble on the coach, but his son is determined not to miss the game in Paris. A story about a clash between a father and his son – with an unexpected ending.
by Ben Adler
with Conner Chapman, Stuart McQuarrie, Ben Batt, Tom Morton France 2014 14’ 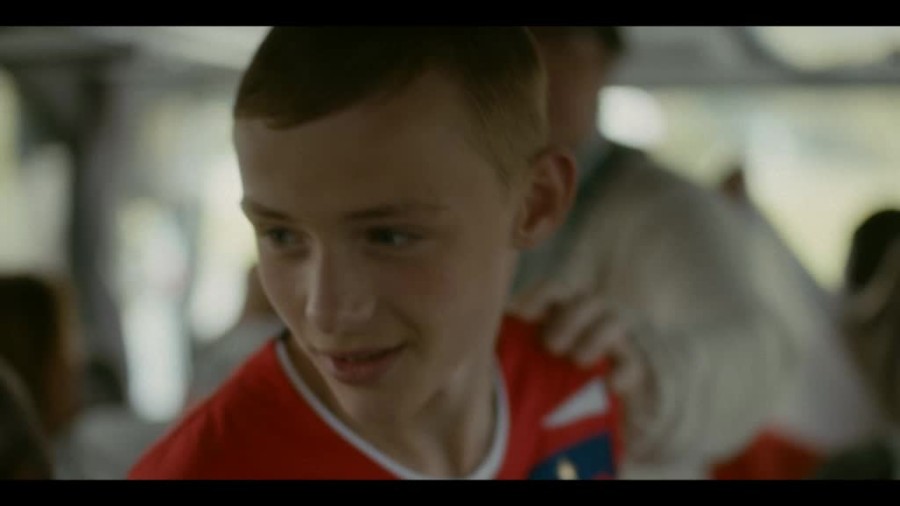