Out on the Street
Forum Expanded 2015 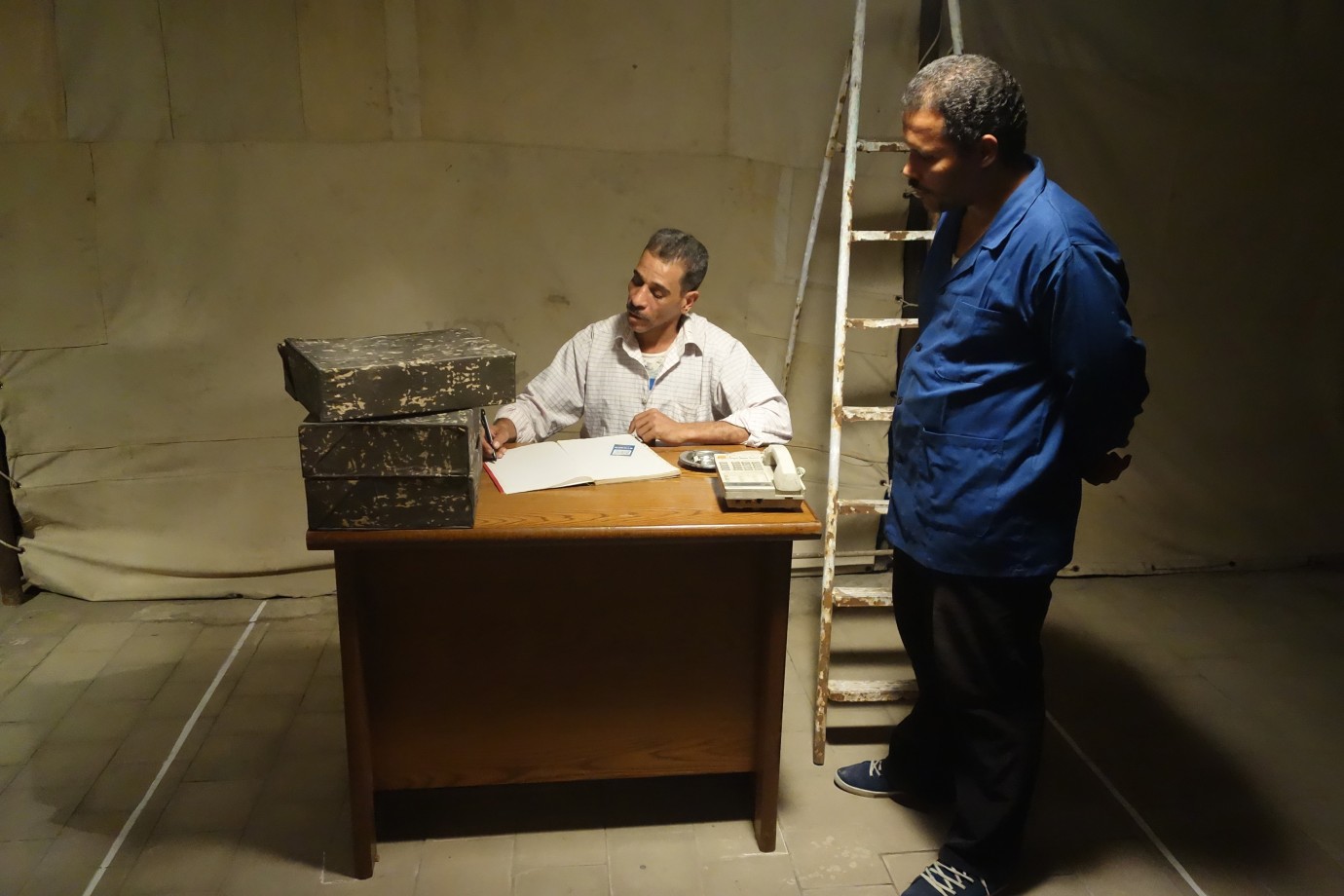 © Jasmina Metwaly, Philip Rizk
Out on the Street is a film about a group of workers from one of Egypt’s working class neighborhoods, Helwan. In the film ten working-class men participate in an acting workshop. Through the rehearsals, stories emerge of factory injustice, police brutality, courts that fabricate criminal charges, and countless tales of corruption and exploitation by their capitalist employers. On a rooftop studio overlooking the heart of Cairo – presented as a space between fact and fiction – the participants move in and out of character as they shape the performance that engages their daily realities. Out in the Street interweaves scenes from the workshop, fictional performances, and mobile phone footage shot by a worker intended as evidence for the courts to stop the destruction of his workplace. This hybrid approach aims to engage a collective imaginary, situating the participants and spectators within a broader social struggle.

“The idea for this project started with a sense of limitation in the making of documentaries. We’ve been working together on short videos since 2011, filming on the streets, in factories, joining marches and sit-ins in cities across Egypt in an attempt to document the issue of a wide variety of struggles. In the case of workers we went to listen, to film, and to try to understand the different dimensions of their protests. Where better pay or better working conditions are the tip of the iceberg, we wanted to know the unseen battles; hierarchies and social manipulations, work-caused illness and injuries and, in severe cases, death. It is always about exploitation and systematic corruption, the effects of capitalism creeping deeper into people’s lives, the closing down of a public sector, privatizing public land and industry for the sake of growth, investment, and the ‘economy’ rather than people. We were inspired by how courageous people are, how strong in the face of their bosses. These workers risk being demoted, losing their jobs, or being beaten by police, military, or hired thugs, arrested or tried before military tribunals. Over time we realized that filming, editing, and posting our material online or occasionally screening it in neighborhoods has its limitations in the audience that it reaches and the effect it has on people. There is only so much one can do with an online intervention or a few street screenings. We don’t want to make a film that turns that harsh reality into a spectacle, a source of entertainment, but a re-evaluation of the past and an imagining of what the future could hold. We believe the film will travel because the stories that emerge are not unique to a neighborhood or a country. The forms of exploitation, dispensability of people is happening across the globe, and this is our audience. It’s this global audience that drives us to keep working on a project like Out In the Street.”
(Jasmina Metwaly and Philip Rizk)
by Jasmina Metwaly, Philip Rizk Egypt 2015 71’ 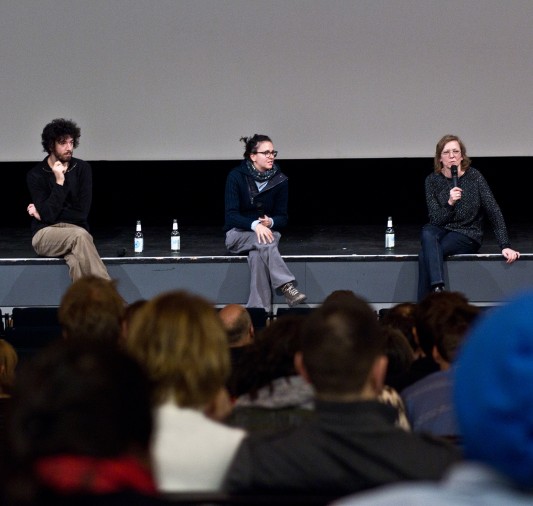