Forum Expanded 2015
What is Black Guilt? I’ve often asked myself, why can’t artist Kudzanai Chiurai be free to just paint flowers or some shit…? If he wants to that is. Will he and can he ever be President of his own State of Being? Or must he forever carry the fate and history of his people on his shoulders ?

“A child is born with no state of mind... blind to the ways of mankind,” proclaim Grandmaster Flash and the Furious Five in The Message, their seminal hip hop behemoth of a song about African-American ghettos in the ‘80s, then comes consciousness. In the case of this boy, a certain young Zimbabwean man, the fine artist named Kudzanai Chiurai, black consciousness appears, closely followed by black pride or ideas of black power.An ideological militancy adopted perhaps just as a means to access the freedom he needs to truly fly and to find his spirit. His flight however, as is the case for many a young black artist, is often weighed down by guilt, a guilt masquerading as responsibility. This black guilt is Kudzanai Chiurai’s last hurdle before true freedom – it is a demon that must be slayed.

The central thesis or question of this film is focused on this idea of ‘Black Guilt’.
In this film we question the responsibility of African artists in an ever more globalised universe, where we maybe find ourselves “playing catch up” to the West as opposed to following our own paths. Are we victims of our past, forever beholden to our so-called arrested development, or is our superpower our burden?

Will we ever be truly free to express without having to necessarily represent all our people in our every breath, or is the need to be that kind of free simply irresponsible.
How much do these complexes and relationships to the ghost of our continent’s violent collective history of oppression, exploitation, and struggle haunt us?
Is there such a thing as postcolonialism or indeed neocolonialism if colonialism never ended in the first place?
Are we still slaves?
Am I a slave?

In Black President ‘The White Queen’ (a character from one of Kudzi’s pieces) personifies the idea of an externalised and internalised quasi-colonialism, when she first appears in a work by Kudzanai Chiurai and then steps out of that frame and into the world of the film.

She soon goes rogue and irritates everyone around her, while trying to buy up every African person and object she sees. How will this end?
When will we Africans stop shooting ourselves in the foot to prove a point about our own agency in relation to the so-called Western standard?

Will we, the Africans, ever rid ourselves of this burden?
When will we lynch these ideas? 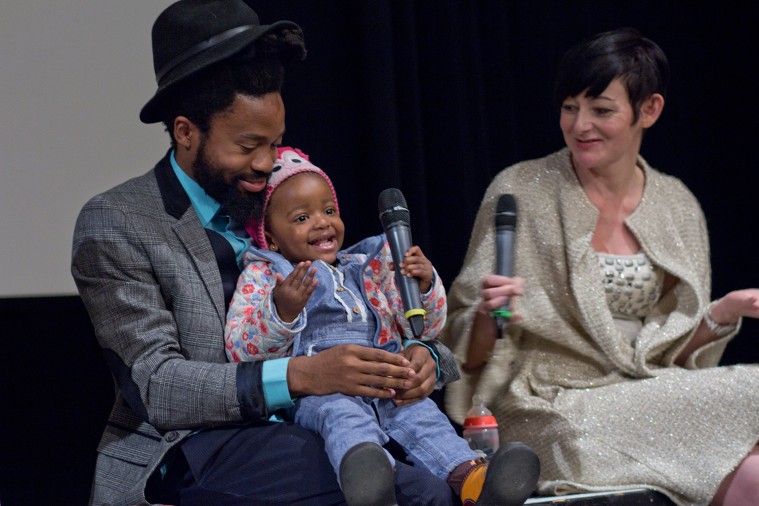