You’ve heard this one before, a land surveyor named K arrives in a distant village and becomes ensnared in the nearby castle’s procedural machinations. Yet this time round, things are different. As K traverses the vast Inner Mongolian plain, there’s no castle on the horizon and his arrival in the village is merely an abrupt awakening on a sunny afternoon. His two leather-clad assistants are hardly as alike as snakes, and Jeremiah, not Artur is to be their name.
This village is nearly all interiors, tight shots of hallways, lobbies and antechambers in various shades of white, green and blue. Old wirelesses play crackly 40s-tinged jazz, calls are taken on an orange rotary dial telephone and jumbo jets thunder overhead, a place archaic and modern in equal measure.
As the shifting maze of mayors, secretaries and ministers increasingly engulfs K, each passage begins to resemble the next and new rooms contain new visions. For in this spare, quietly radical adaptation of the Kafka classic, bureaucratic capriciousness becomes channelled into spatial confusion. A castle never seen, but always felt, like a half-remembered dream, bathed in the diffuse light of dawn.
by Emyr ap Richard, Darhad Erdenibulag
with Bayin, Jula, Yirgui, Altanochir, Zandaraa, Nomindalai, Ariuna, Urinshaa, Norbu, Oyunsang People's Republic of China / United Kingdom 2015 86’ 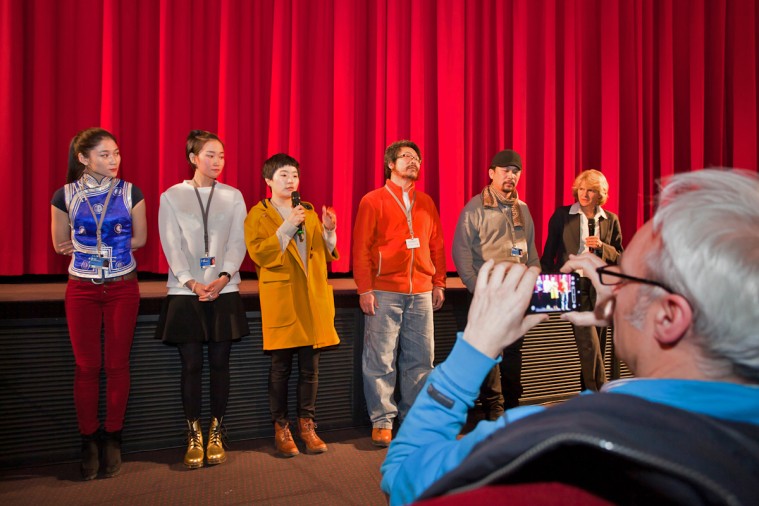