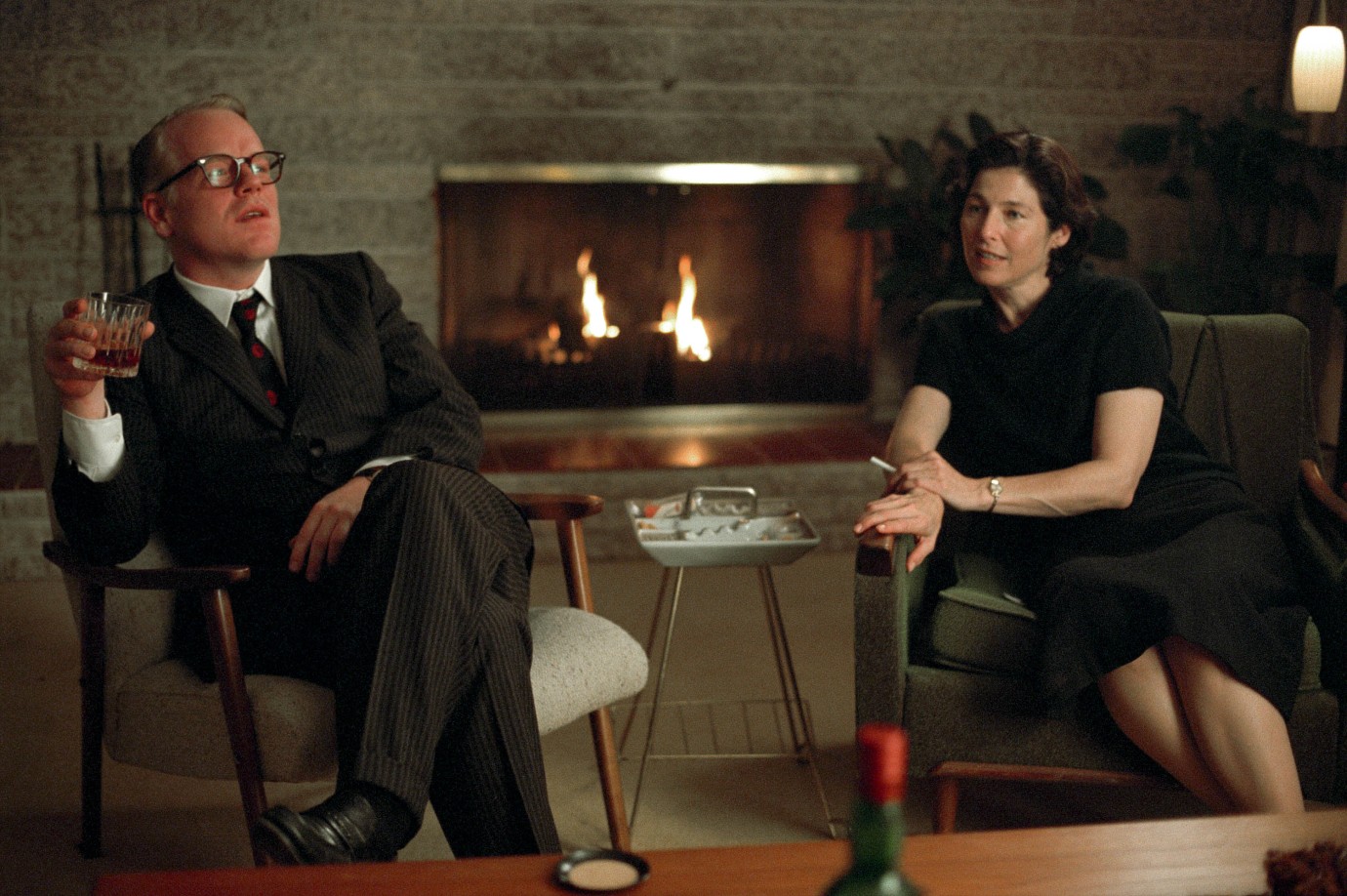 November 1959. As a result of the success of “Breakfast at Tiffany’s” Truman Capote is now a celebrated writer and – thanks to his ability to spin a good yarn – also a much sought-after party guest among New York’s intellectual circles. One day while reading the “New York Times”, he comes across a report of a brutal criminal case involving the slaughter – in cold blood – of a family of four in Holcomb, Kansas. Try as he might, Capote can’t seem to get the report out of his mind.
Immediately, he gets the editor-in-chief of the “New Yorker” magazine, to assign him to research and write an on-the-spot article following the investigations into the crime. Accompanied by his fellow author and friend Harper Lee, whose novel “To Kill a Mockingbird” has just been published, the openly homosexual Capote travels to the rural mid-West, where he is not exactly welcomed with open arms.
During his stay in Holcomb, the perpetrators of the crime, Perry Smith and Dick Hickock, are arrested in Las Vegas. Before long, the writer decides to expand his article into a book. With this work he hopes to underpin his ar­gument that, when written by the right author, a factual report can be just as enthralling as a fictional thriller.
But his interest soon turns into a veritable obsession. When the two young perpetrators are charged in Kansas and brought before a court of law, Ca­pote pays them regular visits in their cells. Although the resulting novel, “In Cold Blood”, makes Capote hugely famous and earns him a great deal of money and respect, it also marks a turning point in his life.
“In some lives”, writes Capote’s biographer Gerald Clarke, “there are mo­ments which, looked at later, can be seen as the lines that define the beginning of a dramatic rise or decline. The proximate cause of his tragic fall – for that’s what it was – was ‘In Cold Blood’ itself.”
by Bennett Miller
with Philip Seymour Hoffman, Catherine Keener, Chris Cooper USA 2005 113’