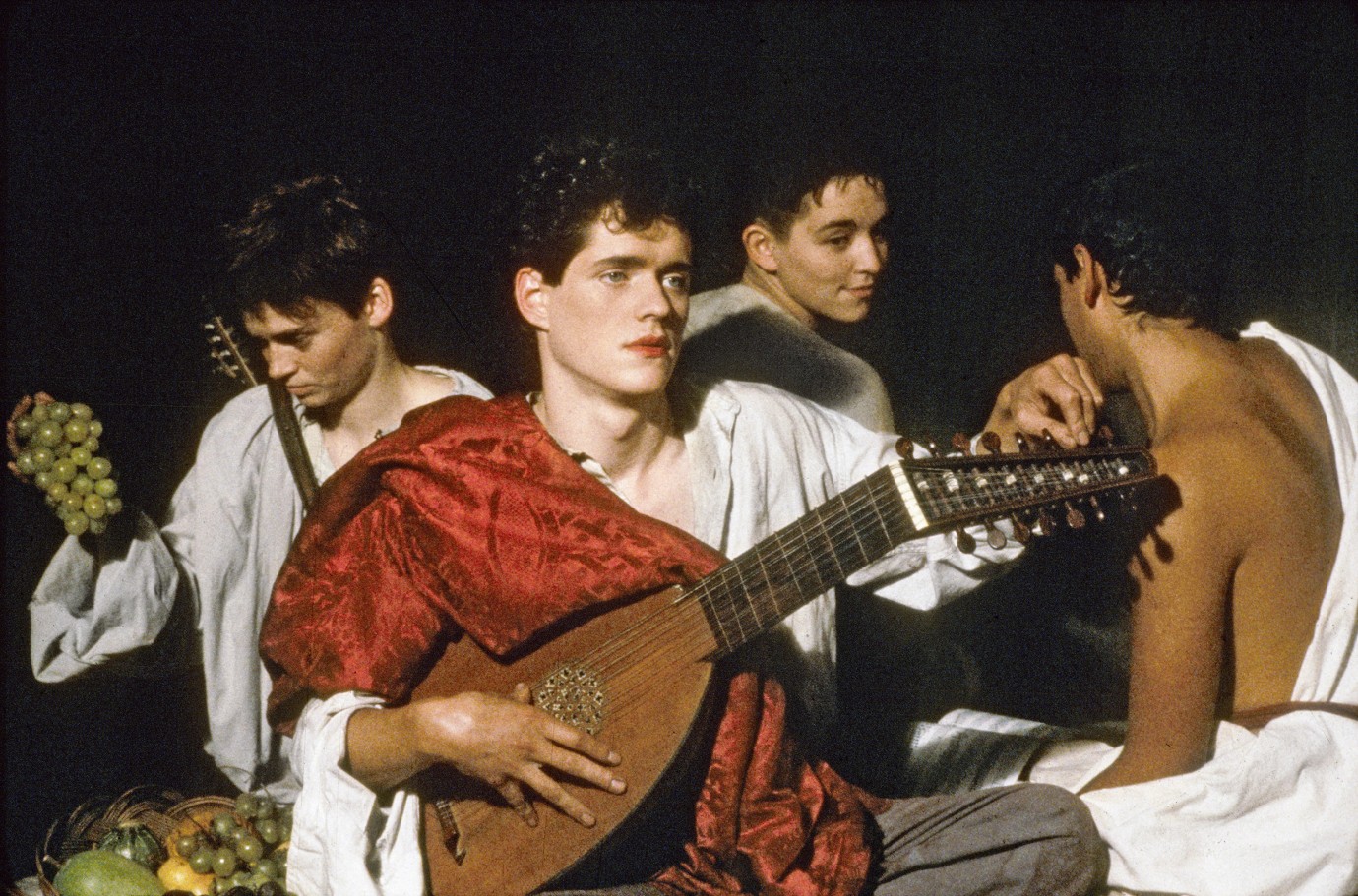 Courtesy of BFI stills, © Salzgeber & Co. Medien GmbH, Berlin
On his deathbed, the painter Michelangelo Caravaggio (1571–1610) looks back on his life. In flashbacks we see his childhood in Bergamo and Milan, the man who fostered his talent, Cardinal Del Monte in Rome, the controversy over his realistic painting style, and above all, his relationships with his models. Caravaggio finds the models for his mainly religious paintings among outsiders. On his forays into the world of the poor, criminals, and drunkards, he meets the gambler Ranuccio and his lover, the prostitute Lena. The passionate love triangle comes to an abrupt end when the body of a pregnant Lena is pulled from the Tiber ... Jarman charts the (fictional) portrait of an artist lived between debauchery and social protest, transferring Caravaggio's art with an artistic verve of his own onto the screen. The artist could be considered the ‘inventor’ of film lighting, since the graduated brightness of his colours served a dramatic function. Caravaggio won a Silver Bear for ‘outstanding single achievement’ in visual composition at the 1986 Berlinale. This is the world premiere of the digitally restored version.
by Derek Jarman
with Nigel Terry, Dexter Fletcher, Sean Bean, Tilda Swinton United Kingdom 1986 93’