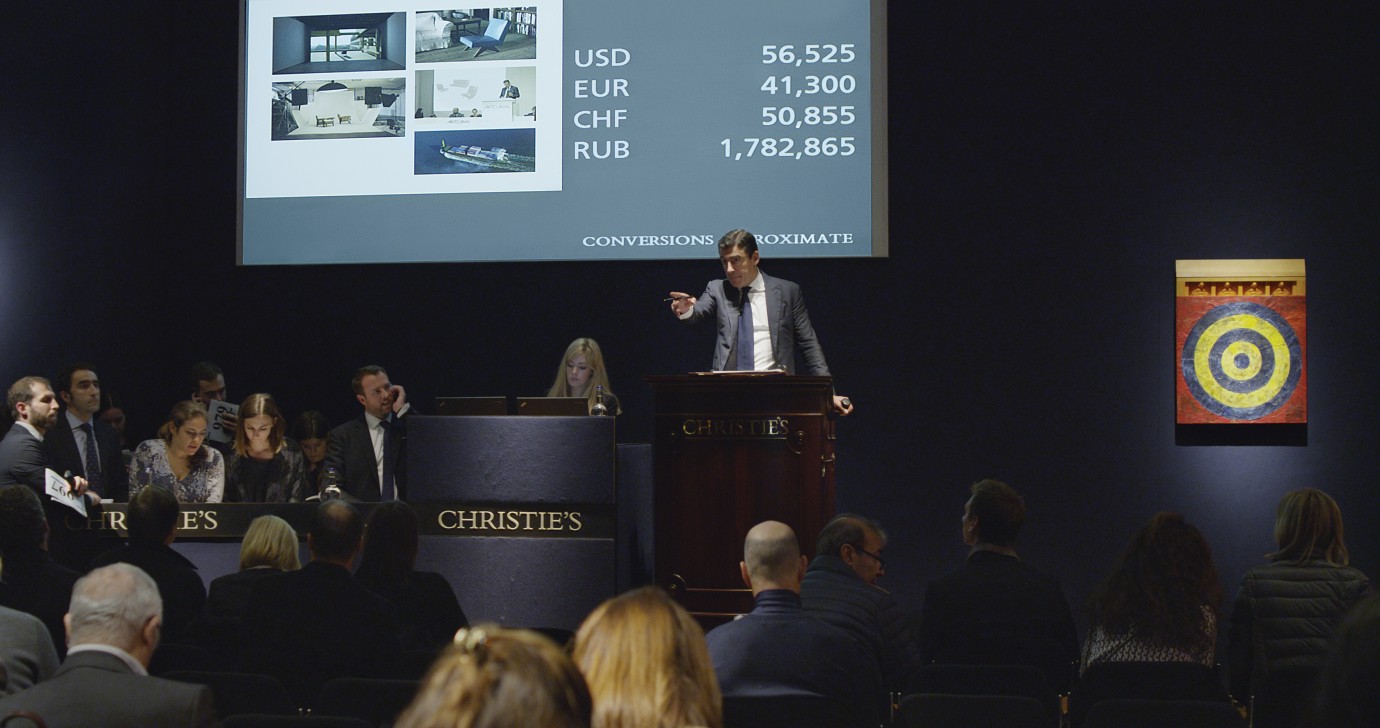 courtesy Studio Amie Siegel, NY
On October 19, 2013, Siegel auctioned her film Provenance (also shown in Forum Expanded) at Christie’s in London. With this performative gesture, the artist recasts the film as another piece at auction, inseparable from the market it depicts. Lot 248 captures this frenzied event, mirroring the first film to complete the circuit of speculation.

Amie Siegel, born in 1974 in Chicago, lives and works in New York City and Cambridge, MA. Her work ranges from photographs, video, film installations, to feature films for the cinema. Her work has been shown in museums and film festivals around the world, among others at CCA Wattis, San Francisco, at MoMA/PS1, New York, at Hayward Gallery, London, at the Whitney Museum of American Art, New York, at the Cannes Film Festival, Berlin International Film Festival, and the Museum of Modern Art, New York. She has been a fellow of the DAAD Berliner-Künstlerprogramm, Guggenheim Foundation, a recipient of the ICA Boston’s Foster Prize and a Sundance Institute Film Fund award for Provenance.
by Amie Siegel USA 2013 6’