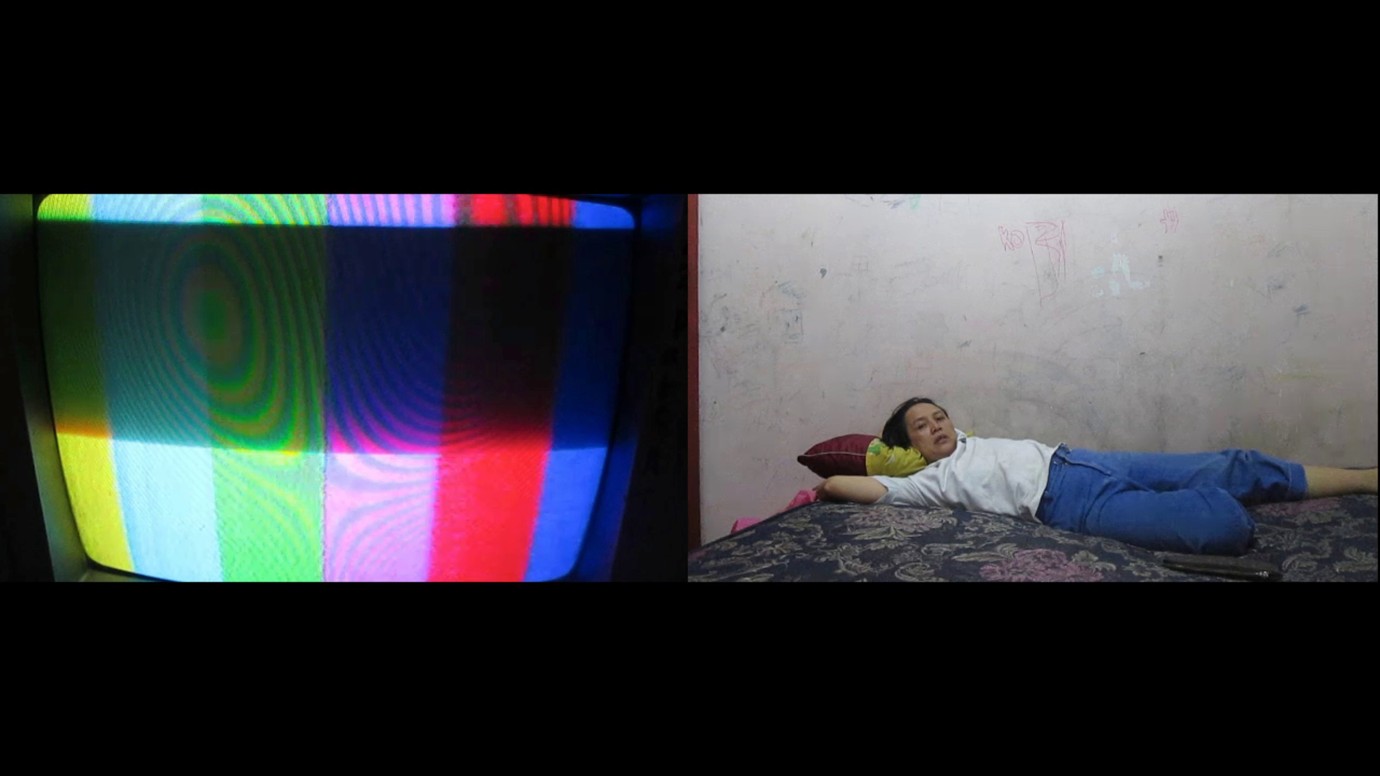 © The Youngrrr
Another Colour TV is a documentary film that shows a family interaction in front of the television, and how television becomes a major way to escape from reality. This film captures the real situation of the economic and cultural conditions of a suburban family in Indonesia, in which the mother is the central figure in the family, but ironically is left alone with the television as her one and only friend at home. This situation causes her to apply the values that she sees in television to her family. But the other family members get their values from different outside sources, and they always reject her values.

The Youngrrr is a videomakers’ collective collaboration between Yovista Ahtajida and Dyantini Adeline. They are undergraduate students in Communication at the University of Indonesia. Earlier, they were known as videomakers in the independent music scene in Jakarta. Together, they built a video webzine named RecAGogo.
by The Youngrrr Indonesia 2013 9’