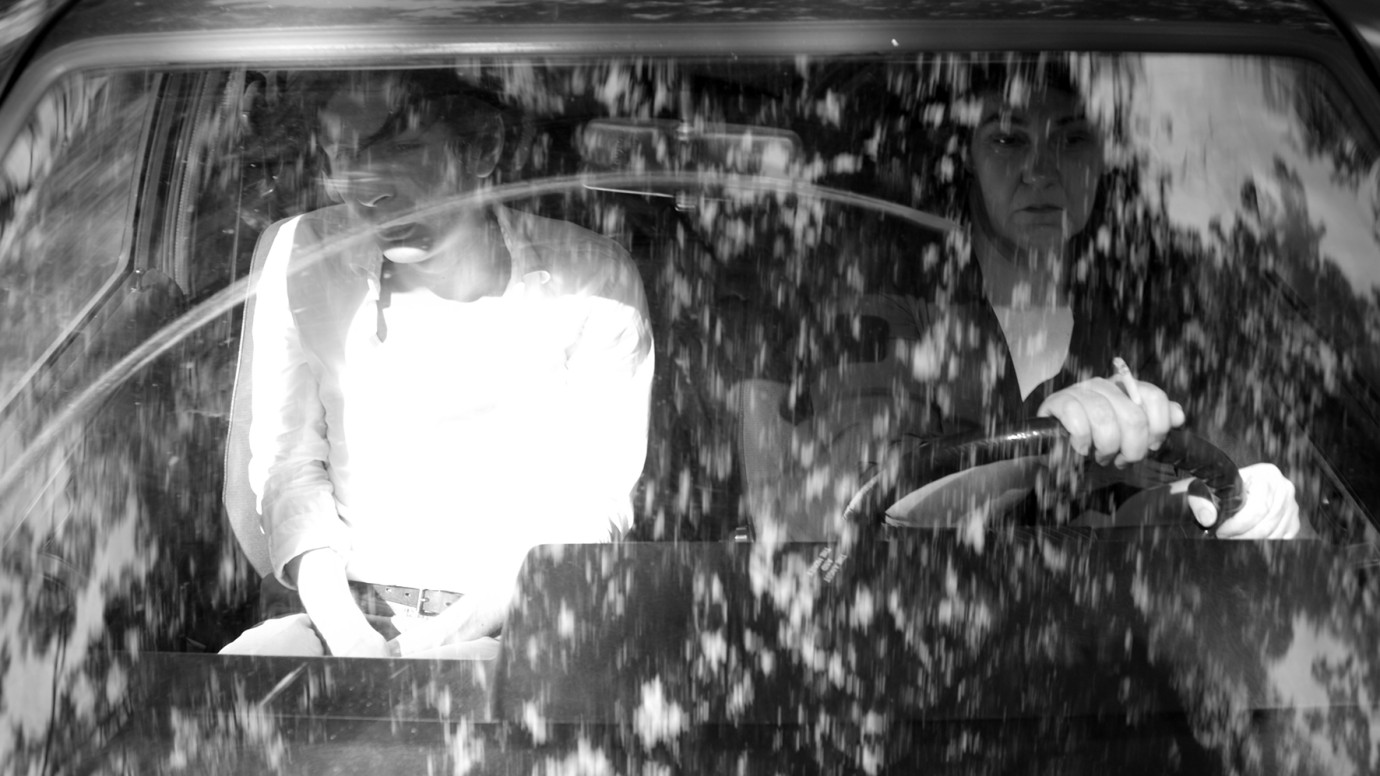 © Subobscura Films
While at the wheel, former ‘Lassie Singer’ Christiane Rösinger comments on the ‘great futility potential’ of songs about being on the road, travelling and rambling as she chats to Andreas Spechtl of the band Ja, Panik. DMD KIU LIDT is named after a song by Ja, Panik whose German title is an acronym of ‘The Manifestation of Capitalism in Our Life is Sadness’. Sadness, futility and malaise under capitalism – so much world-weariness is not immediately apparent in Georg Tiller’s lyrical black-and-white portrait of the band, which consists of just a small number of sustained shots. He himself calls the work an anti-music film. We never actually see this group of Austrian ex-pats who live in Berlin play. The musicians hang out in a smoky bar, pack up their instruments after a rehearsal, leisurely drink coffee or smoke cigarettes as a summer breeze caresses the reeds that grow alongside a stretch of abandoned railroad track. These deceptively peaceful images allow the mind to wander, their serene flow only stopping at some point under the trees of the Grunewald Forest at Nico’s grave. Only then do we hear the sole song in the film being played: ‘DMD KIU LIDT’.
by Georg Tiller
with Andreas Spechtl, Stefan Pabst, Thomas Schleicher, Christian Treppo, Christiane Rösinger Austria / Germany 2014 55’