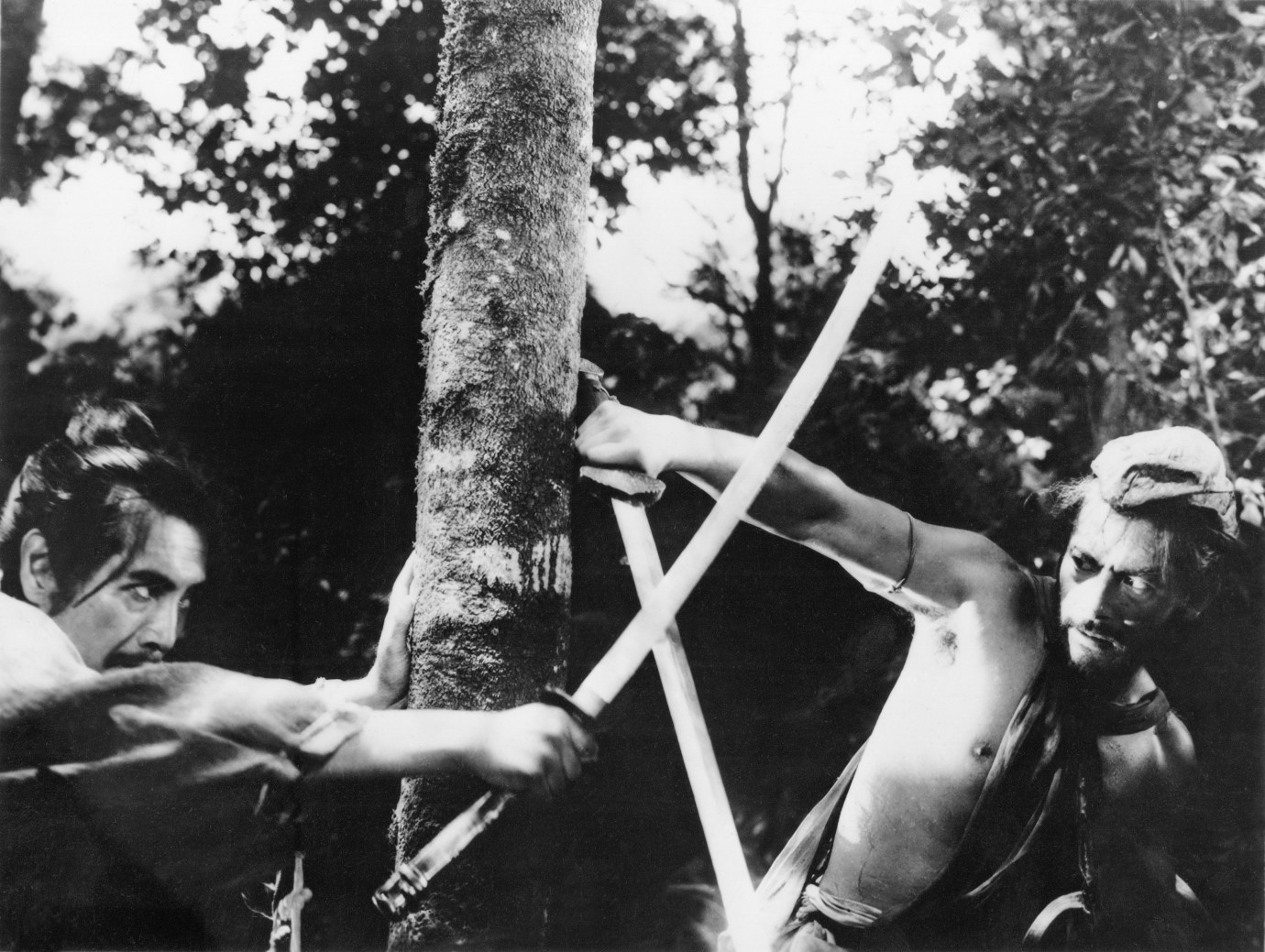 The Museum of Modern Art, New York, © www.trigon-film.org
In a grove, a woman has been raped, and her husband killed. A bandit named Tajomaru confesses to both crimes. But during the trial, the wife claims she murdered her own husband. The husband, testifying via a medium, then claims he committed suicide. Finally, a woodcutter later admits that he secretly witnessed the events and recounts yet a fourth version of the story … Rashomon, which was awarded the 1951 Golden Lion in Venice and later an Oscar, is a classic of dramatic construction on black-and-white film. Cinematographer Kazuo Miyagawa selected a high-contrast Fuji film stock; the four variations of the story and a sub-plot are portrayed with just a few shades of grey. The film’s lighting style is set at the start of the story when the camera pans up to capture the direct light of the sun high in the heavens. ‘The contrast between the blinding rays of the sun and the black silhouette of the leaves aptly symbolizes the inscrutability of the human psyche.’ (Kayo Adachi-Rabe, 2004) So much so, in fact, that the title of the Akutagawa story on which the film is based, ‘Yabu no naka’ (‘in a thicket’ or ‘grove’), has become an idiom in Japan for a situation that defies easy conclusions.
by Akira Kurosawa
with Toshiro Mifune, Machiko Kyo, Masayuki Mori Japan 1950 88’