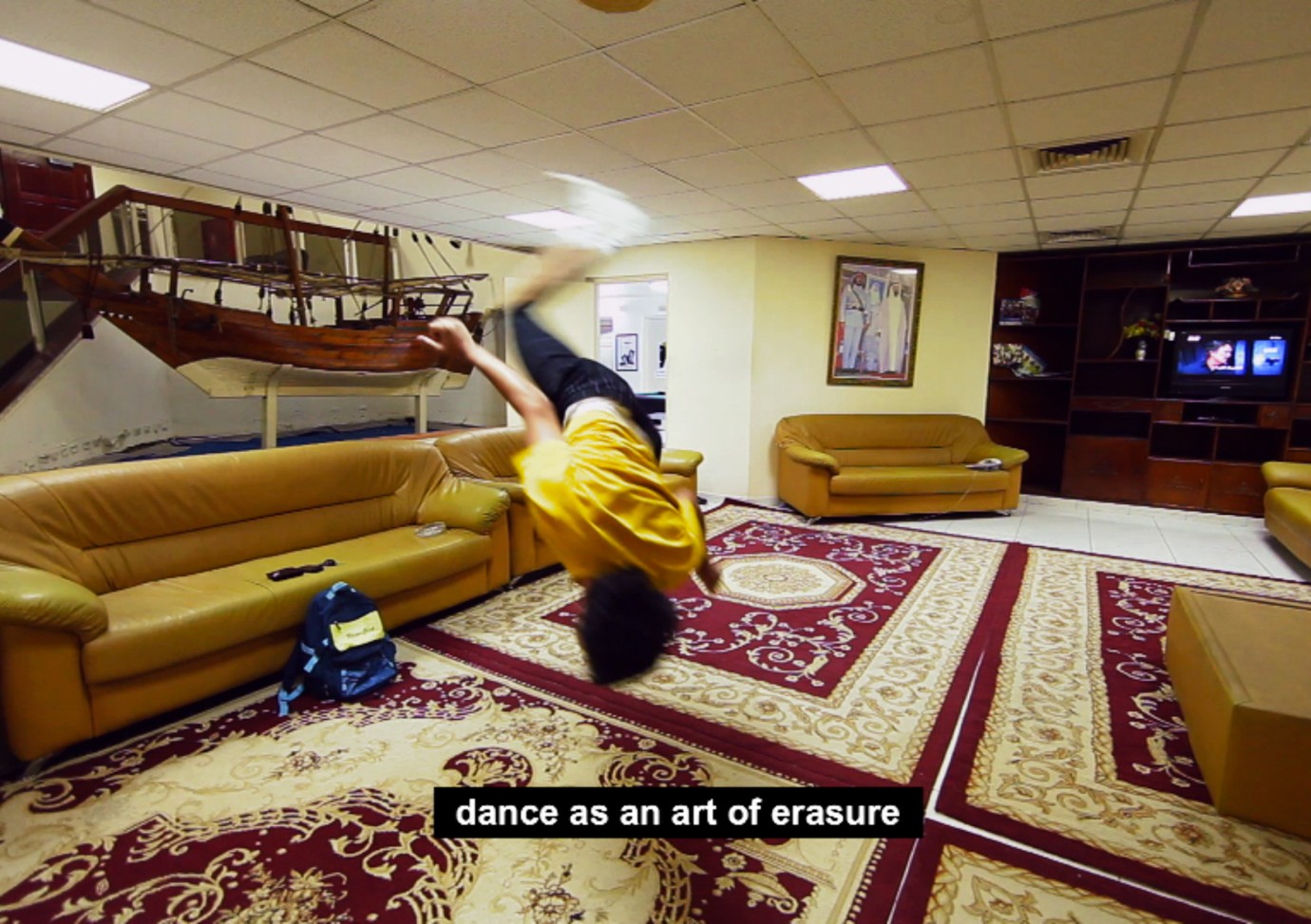 © Joe Namy
A single take from an improvised rehearsal for a dance documents a b-boy’s attempt to break to traditional Emirati folklore music. The documentation of this performance deconstructs specific aspects of sound and step within certain rituals in order to emphasize the fluid nature of the signified movement codified within traditions. In the process dance is traced as an art of erasure. The dancer’s actions take on new meaning reflecting how the ever-evolving nature of choreography (movement) can also create new ways of listening – ultimately asking: where does dance come from and to where does dance go?

Joe Namy is based in Beirut. He uses performance, sampled sounds, photography, documentary and music videos to investigate aspects of identity, memory, power, and currents encoded in sound. As a musician he has studied jazz, Arabic, and heavy metal drumming. Under the moniker El Iqaa he has released 4 electronic music albums.
by Joe Namy Lebanon 2013 1’