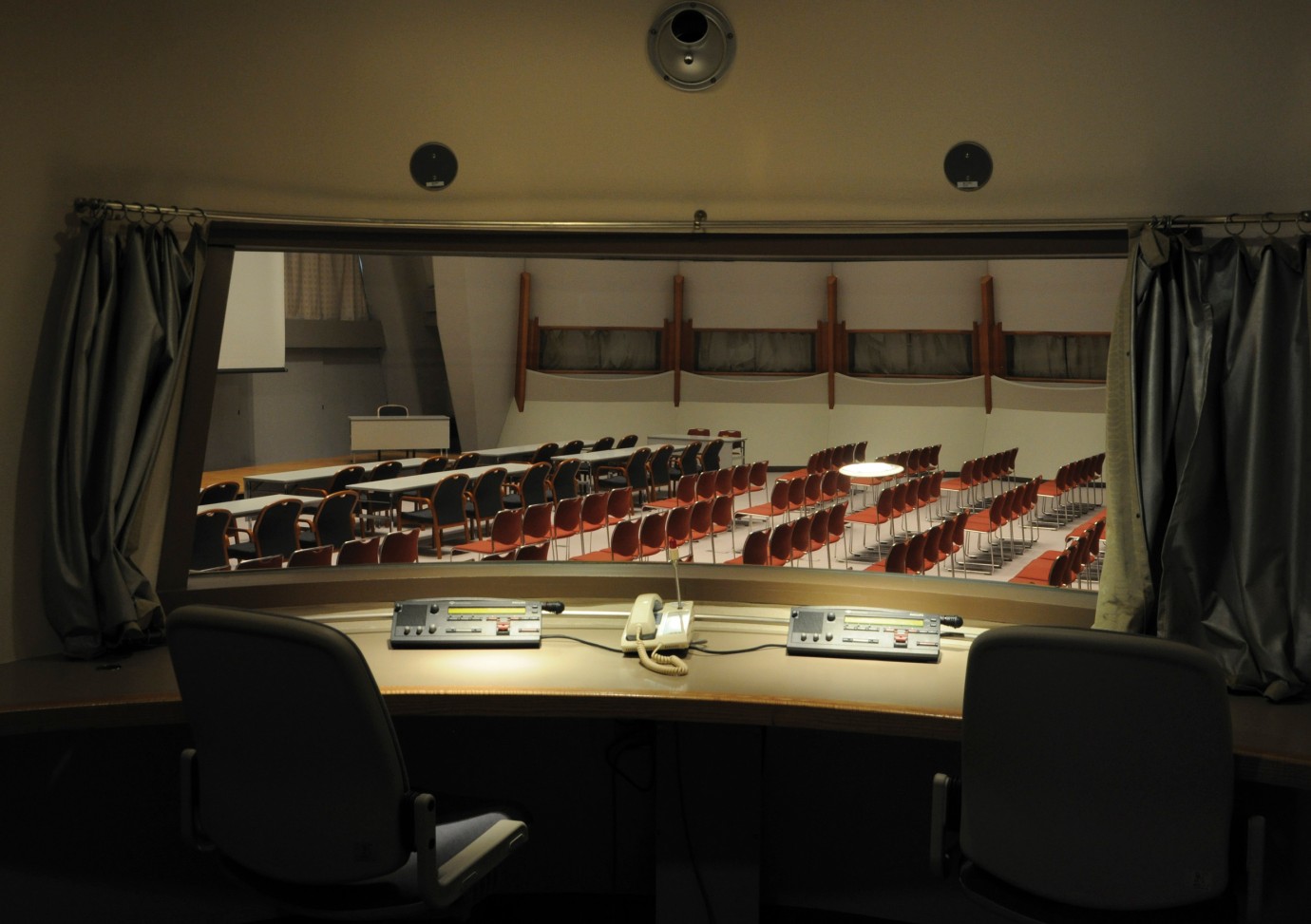 © Volker Sattel
First triangles, then hexagons – the hexagon as the geometric DNA of an erratic architectural structure with an eerie lack of scale. Slowly, in the succession of hallways, apertures, views, and spaces, an enormous construction is disclosed. Already in its first images, Beyond Metabolism conveys a fascination for a utopia of architecture that imagines life in future societies in flexible, large structures, expandable at will. We find ourselves in the interior of the International Conference Center in Kyoto, which was built in 1966 by the Japanese architect Sachio Otani – a student of the famous Kenzo Tange. Fragments of documentary archive material recall what may be the most significant event ever to occur at this place, the 1997 World Climate Change Conference. What remains in the memory is Al Gore, environmental activist and filmmaker, who almost become the American president. The heart of the film, however, is made up of interviews conducted in situ and observations on the preparations and operations of such conferences. For instance, a simultaneous interpreter with a peaceful voice remembers the difficulties of that huge environmental conference with participants and observers from over 158 countries. She had accompanied the course of the meeting in small booths hidden in the walls, equipped with hexagonal windows. The conference ended with the decision on the first and to date only treaty under international law on climate protection, the so-called Kyoto Protocol. Otani died in 2013 at the age of 89. The spiritual optimism of his generation has gotten lost. Calm, clear shots finally show the building from the outside, harmoniously integrated despite its monumental size into a landscape that couldn’t be more ideal. (Maria Morais/Thorsten Klooster)