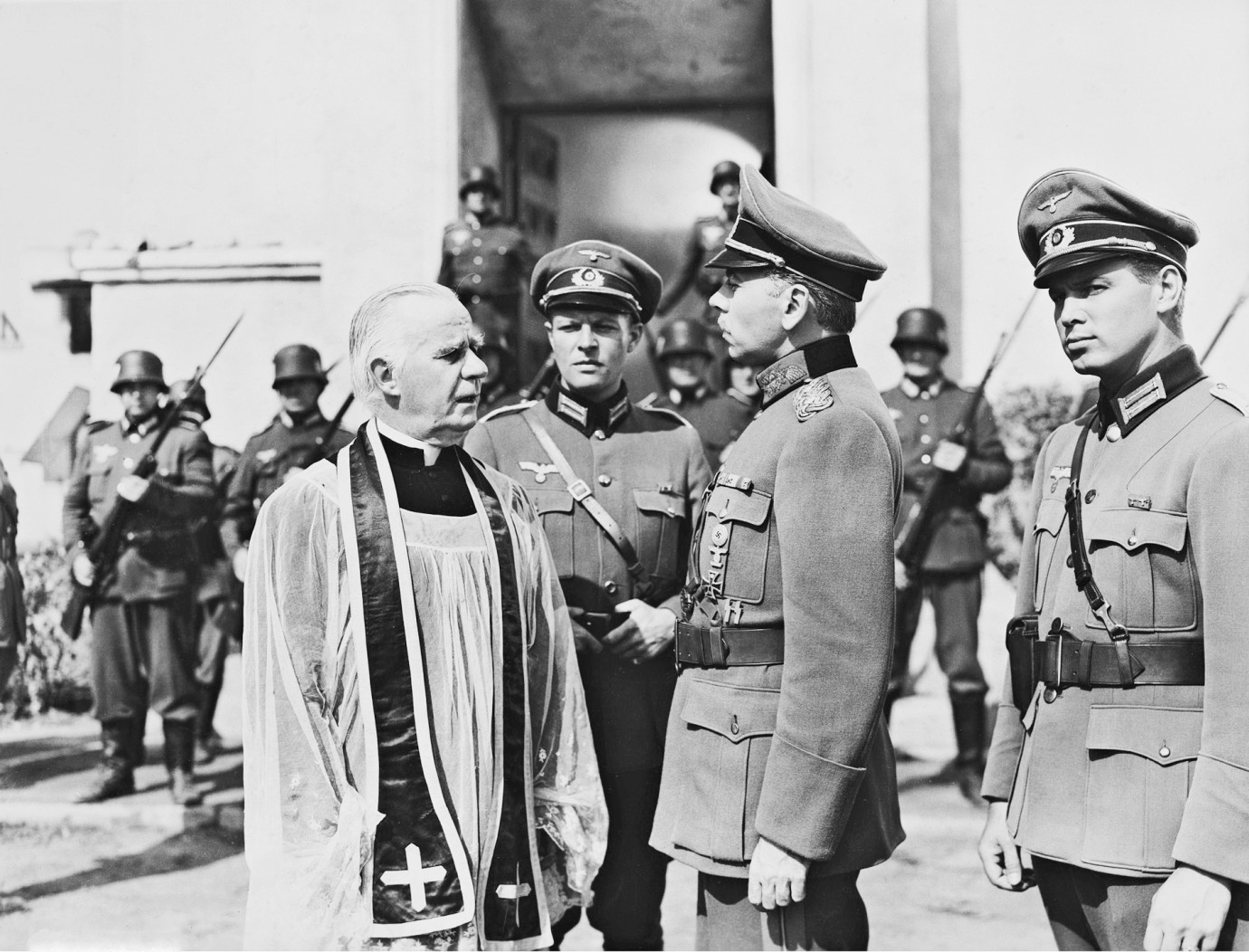 Source: Deutsche Kinemathek, © Sony Pictures/Park Circus
Set after German capitulation in World War II, the story is of the war crimes trial of a former Third Reich commissioner for Poland, Wilhelm Grimm. As witnesses testify, flashbacks tell his life story. He returns from the “Great War” in 1919, an amputee, but with an Iron Cross, to his hometown, now part of Poland. His revanchist stance drives away his fiancée. After impregnating a minor, he flees the town. He takes part in the 1923 Beer Hall Putsch in Munich and by 1929, is a Brownshirt functionary in Berlin, sought by police. A lieutenant general in the SS in 1933, he has his own brother sent to a concentration camp and forces his nephew to join the Hitler Youth. From 1939 on, Grimm starts plundering the Polish population – and orders a massacre of Jews. Although made before the end of the war, None Shall Escape foreshadows the future. With a true-to-life illumination of what was to become historical fact, émigré screenwriters Alfred Neumann and Joseph Than re-trace the prototypical life of a German war criminal. They managed to introduce the public to key moments in Weimar history, such as the Treaty of Versailles and the Beer Hall Putsch, leaving audiences to hand down the final verdict. Know your enemy.
by André de Toth
with Marsha Hunt, Alexander Knox, Henry Travers USA 1944 85’