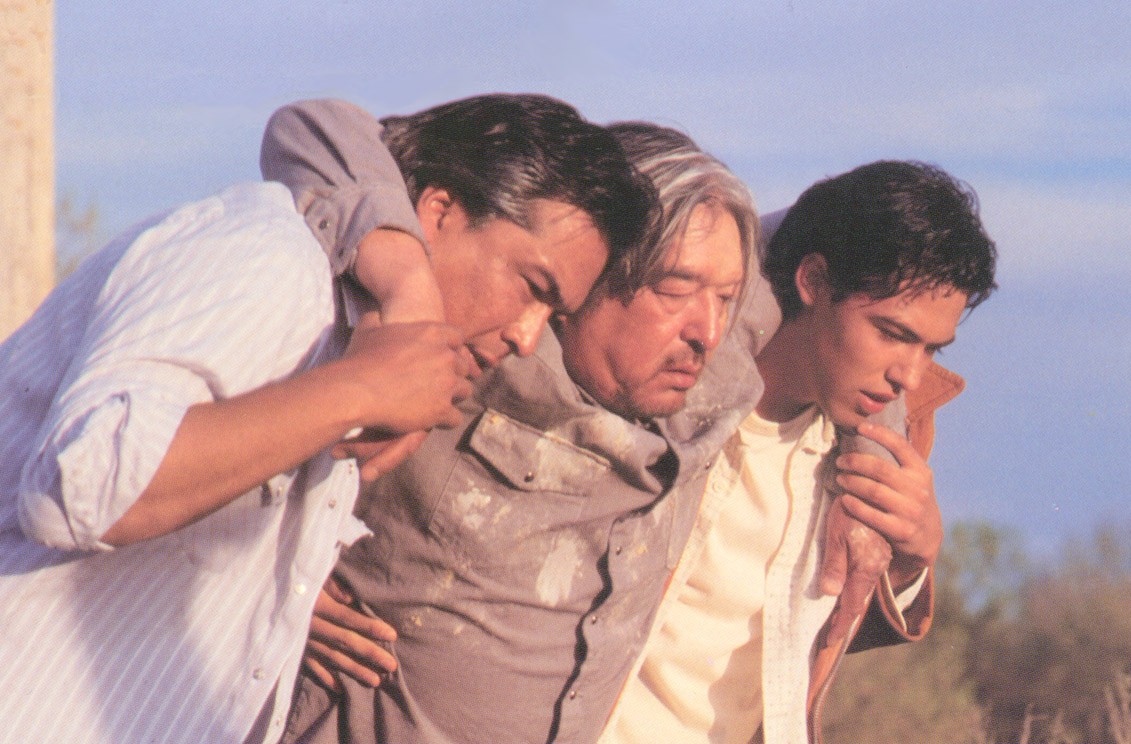 © Millennium Entertainment
Although there were cheaper and easier alternatives for the location of this film, director Chris Eyre insisted on filming at the historical site of the 1890 Wounded Knee massacre, one of the most brutal military actions against Native Americans in US history. Skins is suffused with the history and contemporary reality of its location at Pine Ridge Reservation in South Dakota. Today, Pine Ridge is a poor reservation with widespread unemployment, characterised by alcoholism, domestic violence and general malaise. This is the backdrop for Eyre’s protagonist Rudy, a tribal cop. Determined to do more than merely fight the symptoms, he embarks on a campaign of vengeance in the name of Native American justice, leading to an unusual encounter with one of the Founding Fathers.
by Chris Eyre
with Eric Schweig, Graham Greene, Gary Farmer USA 2002 87’