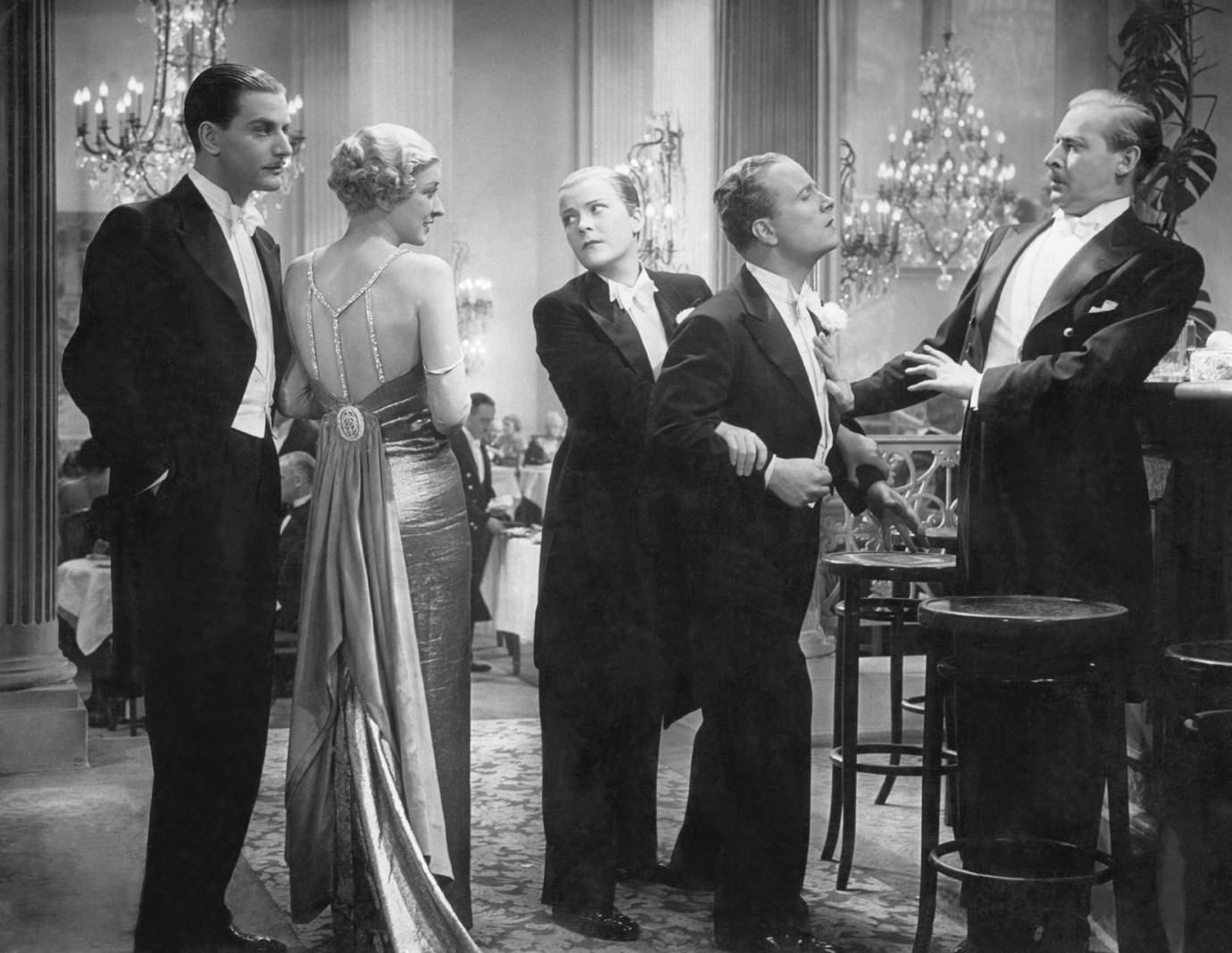 Source: Deutsche Kinemathek, © Friedrich-Wilhelm-Murnau-Stiftung
It is “impossible” to find Victor and Victoria jobs as actors and singers. But Victor at least gets engagements as a female impersonator. One day he falls ill, so Victoria stands in for him: She pulls on a pair of trousers and now – as a woman – acts as the part of a man playing a woman. At a guest performance in London, men and women scramble to see her … The protagonists, by insisting that gender criteria be a subject of debate (in contrast to their fellow sufferers among the unemployed, who are calling for state measures – “We must have a law!”), turn a crisis comedy into a gender comedy, undermining not only clearly defined gender classifications, but also social hierarchies. The film, made six months after the Nazis took power, again combines all the qualities of Weimar cinema: Viktor und Viktoria is lively, cheeky, vivacious and provocatively anti-authoritarian. With his sound film operetta about sexual equality and ambivalence, Reinhold Schünzel, who once acted in Weimar “moral films”, such as the homosexual drama Anders als die anderen (1919), created a classic of “Queer Cinema”, which even outdoes Blake Edwards’ British-American remake Victor Victoria (1982) in terms of subversive esprit.
by Reinhold Schünzel
with Renate Müller, Hermann Thimig, Adolf Wohlbrück, Hilde Hildebrand Germany (through 1945) 1933 99’