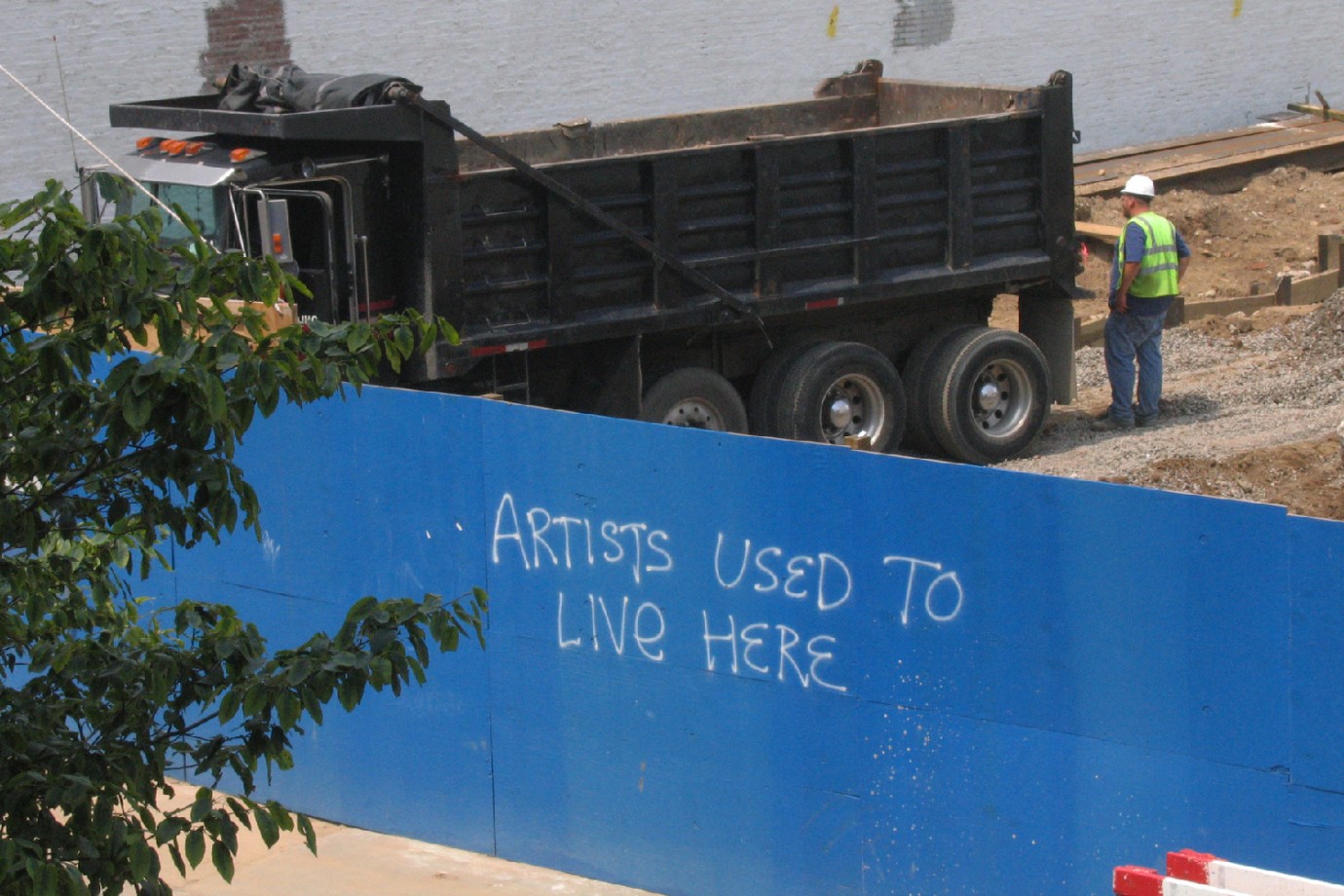 © Su Friedrich/Gut Renovation
In 1989, together with a group of female friends, Su Friedrich rented and renovated an old loft in Williamsburg, an unassuming working-class district of Brooklyn. In 2005 this former industrial zone was designated a residential area and the factories, manufacturers and artists' lofts were priced out by property speculators lured by tax breaks. Friedrich spent five years documenting with her camera the changes in the area between East River and the Brooklyn-Queens Expressway. She shows the demolition of industrial buildings and the construction of trendy new apartments for wealthy clients, watching old tenants leave and new inhabitants arrive. As she keeps meticulous record of developments, the extent and speed of the upheaval becomes clear. Her own tenancy agreement expires too and so her documentary images and trenchant commentary become the tools of her growing anger.
A documentary of small changes evolves into an historical record of New York. The resulting film is a melancholy, essayistic requiem for a neighbourhood and an entire way of life; it also provides a case study of the rapid gentrification of our cities.
by Su Friedrich USA 2012 81’