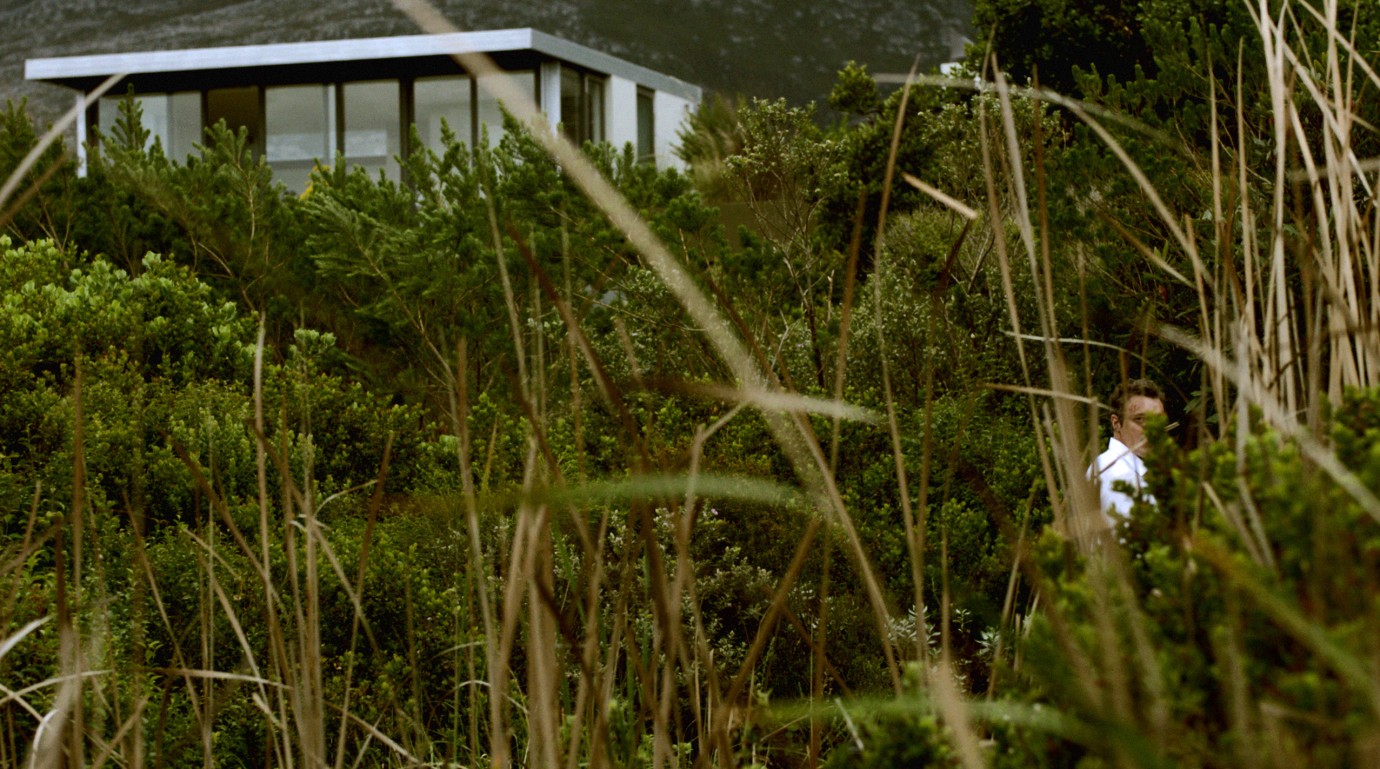 © a four letter word
Meryl, a married white woman, throws her official identity card into a rubbish bin in a South African township, presenting the first major conundrum in this film. Her husband Richard is a real estate developer desperately seeking a buyer for a dream house. The transparent, glass Fynbos mansion blends into the hills of the Western Cape, with a beauty almost too great for the human eye to take in. The house stands between heaven and earth, like a virtual blind spot in the retina’s perception, which is also precisely the role it takes on as the setting of the drama. It is here that Meryl and Richard meet with a couple interested in buying the house, with the two hippy-like house-sitters also forming part of the group. When Meryl disappears a short time later and a black policewoman is called in to lead the search, these seemingly foreseeable events take a strange turn. The "blind spot" begins to expand, opening up the increasingly enigmatic story to new interpretations that bring themselves to bear on the occurrences both from without and from within.
by Harry Patramanis
with Jessica Haines, Warrick Grier, Standiwe Kgoroge, Susan Danford South Africa / Greece 2012 96’