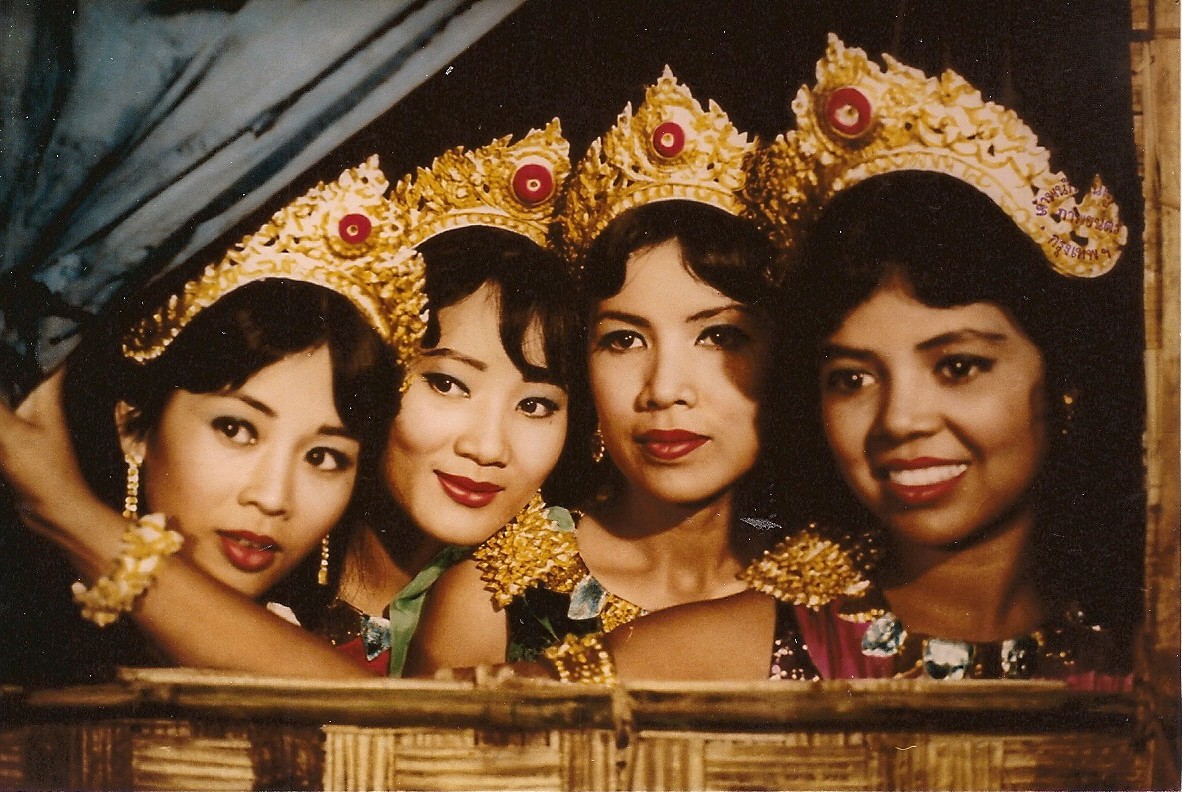 Four carefree daughters of heaven come down to earth. Although the eldest warns of the dangers of picking human fruit, Peov Chouk Sor, the youngest of their number, is swayed by the sight of an attractive young peasant and promptly falls into misfortune. As a punishment, she must now spend seven years on Earth as the young man’s servant. She fulfils her task with suitable zeal, as the angel and the man end up falling in love.
The young peasant is indebted to a rich man, whose pesterings Peov Chouk Sor initially handles with deviousness and trickery. But the powerful Sethey has designs on the beautiful young woman, which ultimately leads to tragedy. The lovers are parted and Peov Chouk Sor falls victim to Sethey’s four evil wives.
Two of the biggest stars of Cambodian cinema can be seen in PEOV CHOUK SOR in the form of Dy Saveth and Chea Yuthorn. Although produced three years earlier than the more well known PUOS KENG KANG, the film is no less moving than its successor. Slapstick, fairy tale elements and melodrama coalesce into a perfect amalgam whose impact remains as undiminished after four and a half decades as its crisp, powerful colours.
by Tea Lim Koun
with Chea Yuthorn, Dy Saveth, Rosanna, Mongdolin Cambodia 1967 110’