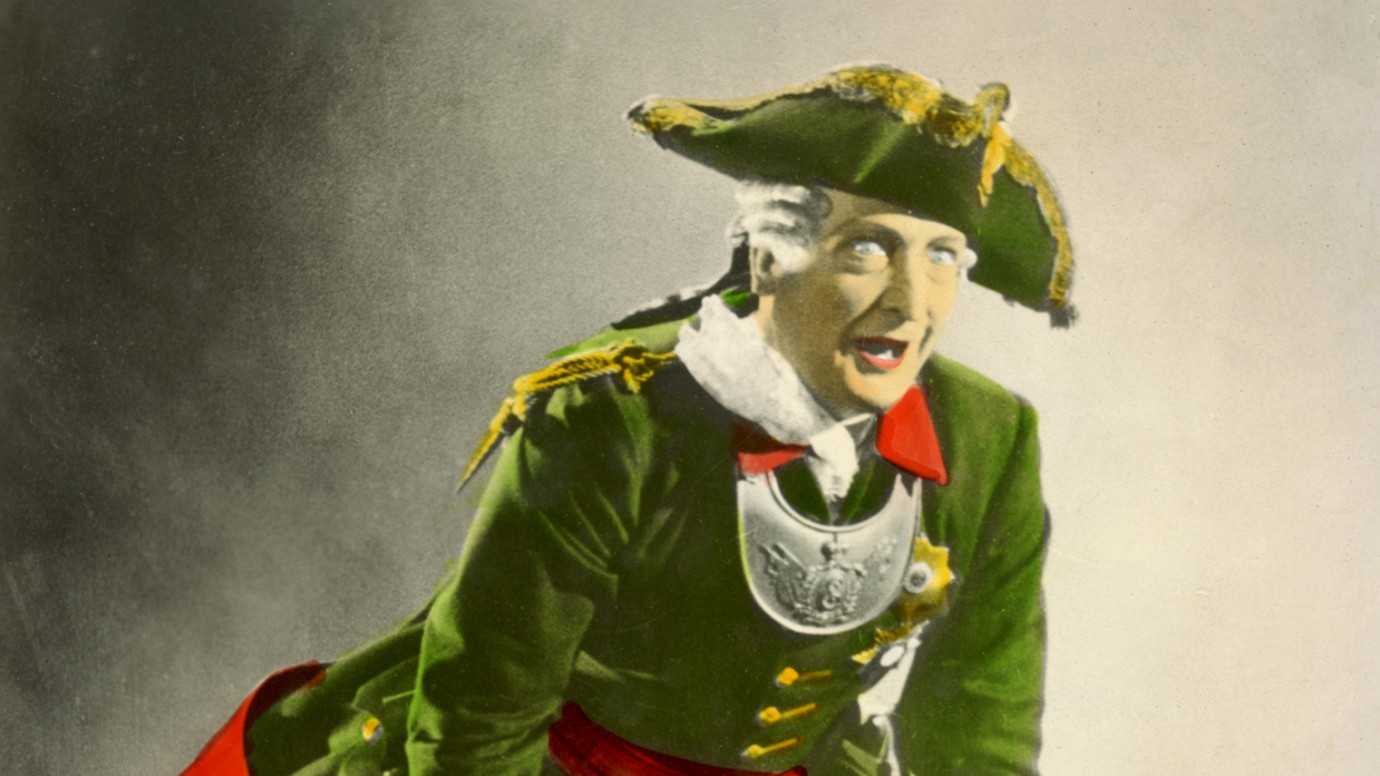 © Friedrich-Wilhelm-Murnau Stiftung, Wiesbaden
Baron von Münchhausen bears an astonishing similarity to his ancestor, whose image smiles down from a two-hundred-year-old oil painting. During one of the Baron’s celebrated parties, the romantic young Sophie von Riedesel admits her love for him. This revelation prompts Münchhausen to recount a magically absurd, adventurous and exciting life story which miraculously appears to be both his own story as well as that of his ancestor in the painting. Münchhausen’s tales merge past and present, illusion and reality to form one vibrant journey: there’s barely a personality Münchhausen hasn’t met, nor an adventure he hasn’t experienced. Regardless of whether he is seducing the Russian Tsarina Catherine, emerging victorious from a duel with Potemkin, or marching into battle against the Turks – Münchhausen’s life is one long cannonball ride. He travels to the moon, visits an ageing Casanova in Venice and receives the gift of eternal youth from a diabolical scientist, Cagliostro – a present which, at the end of the film, he decides to relinquish.
by Josef von Báky
with Hans Albers, Michael Bohnen, Brigitte Horney, Wilhelm Bendow Germany (through 1945) 1943 112’