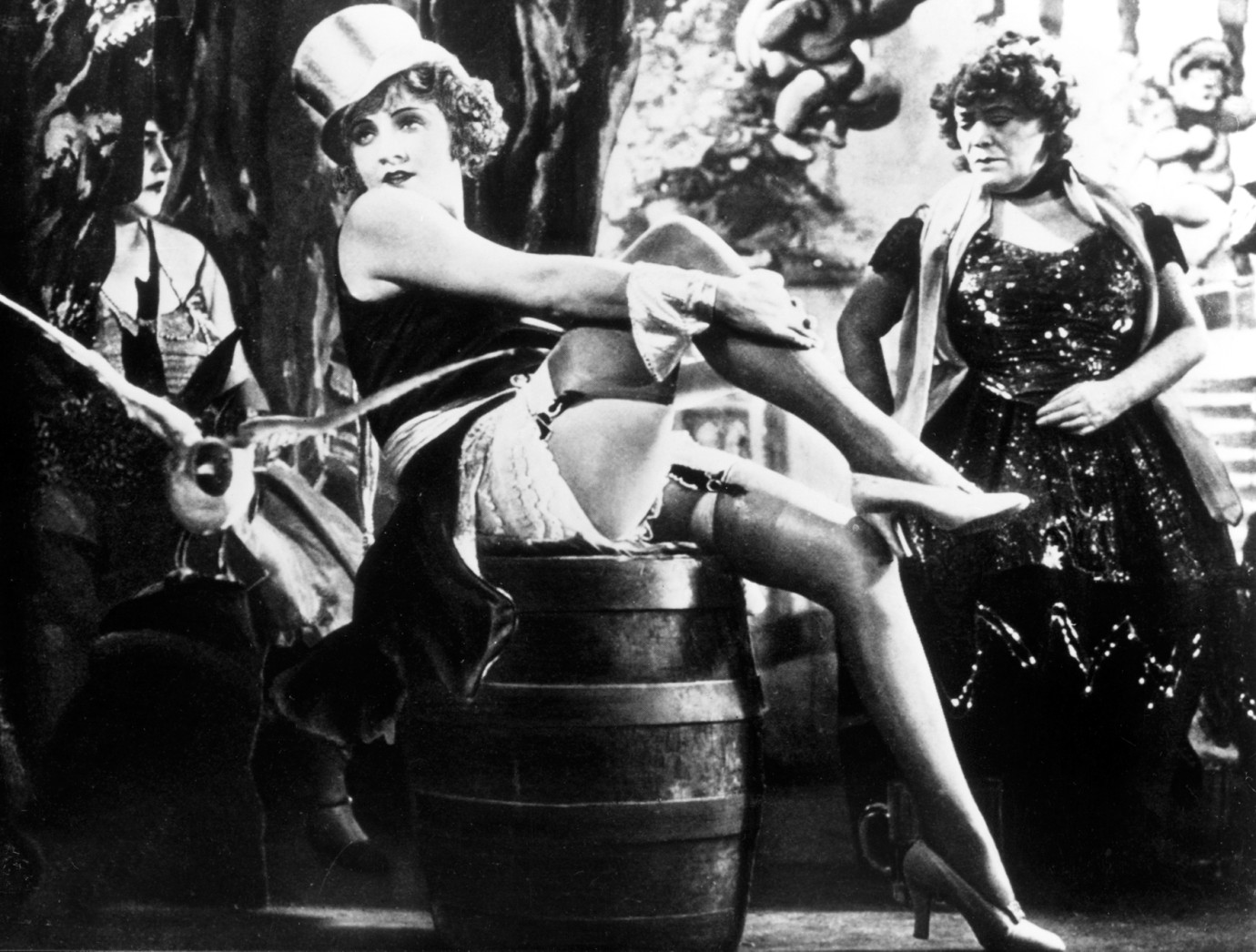 © Friedrich-Wilhelm-Murnau Stiftung, Wiesbaden
Curious to find out why his pupils are so fascinated by a woman named Lola Lola strict schoolteacher Professor Rath pays a visit to a bar named ‘The Blue Angel’. No sooner does Lola show him her shapely legs and serenade him with ‘Fallling in Love Again’ than the educator too is smitten. Bewildered, he follows her into her dressing room – only to wake up a short time later next morning in her bed.

Back at school, the teacher pays the consequences for his unbridled passion and soon finds himself the subject of his pupils’ derision. He admits his love for Lola and is promptly fired. He accompanies Lola on her engagements and, when his savings run out, he even appears on stage himself as a clown. Sensing an opportunity to make a killing with the schoolteacher now demoted to a tomfool, Lola’s boss decides to arrange a performance in Rath’s native town. With the crowd in uproar as expected, the humiliated Rath deserts the stage and flees from the shrieking, howling audience. Finding Lola in the arms of her new lover, he tries to kill him, but is overpowered and chased away. Wandering aimlessly about the streets he suddenly finds himself in front of his old school. He enters his old classroom, collapses and dies.
by Josef von Sternberg
with Marlene Dietrich, Emil Jannings, Kurt Gerron, Hans Albers Germany (through 1945) 1930 105’