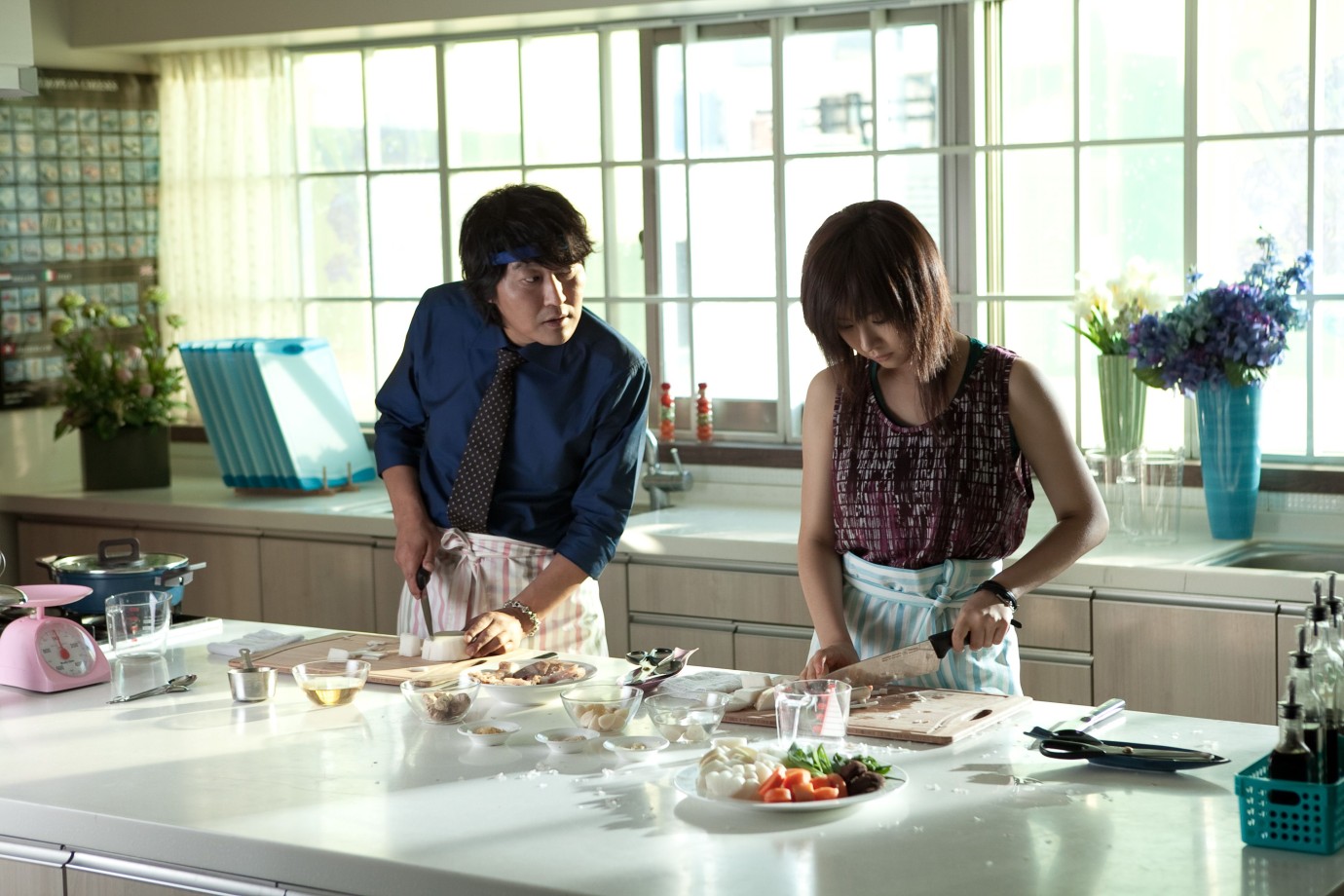 © CJ E&M CORPORATION
Doo-heon, once a legendary gangster, wants to live a quiet and normal life running his own restaurant. Se-bin, hired to keep an eye on him, approaches him at a cooking class. Doo-heon, hiding his past, and Se-bin, hiding her identity, grow close to each other. One day, the mob boss, who was dearly fond of Doo-heon, passes away, naming the already retired Doo-heon as successor. The cartel fractures with internal conflict. Se-bin, a former shooting champion, receives orders to take Doo-heon down. Just as she is about to refuse, she learns that Eun-jeong, who was like family to her, has already attempted to execute Doo-heon on her own and was killed. Se-bin plots revenge and waits for the perfect deadly opportunity. But she soon realizes that her feelings toward Doo-heon make it hard for her to pull the trigger. She discovers also that Doo-heon had nothing to do with the death of her friend. Anonymous client pressures her to finish the job anyway. Doo-heon’s uncovers Se-bin’s true identity. However, believing firmly that Se-bin won’t kill him, Doo-heon risks his own life to protect her. What is their destiny?
by Lee Hyeon-seung
with Song Gang-ho, Shin Se-kyung, Chun Jeong-myung Republic of Korea (South Korea) 2011 122’