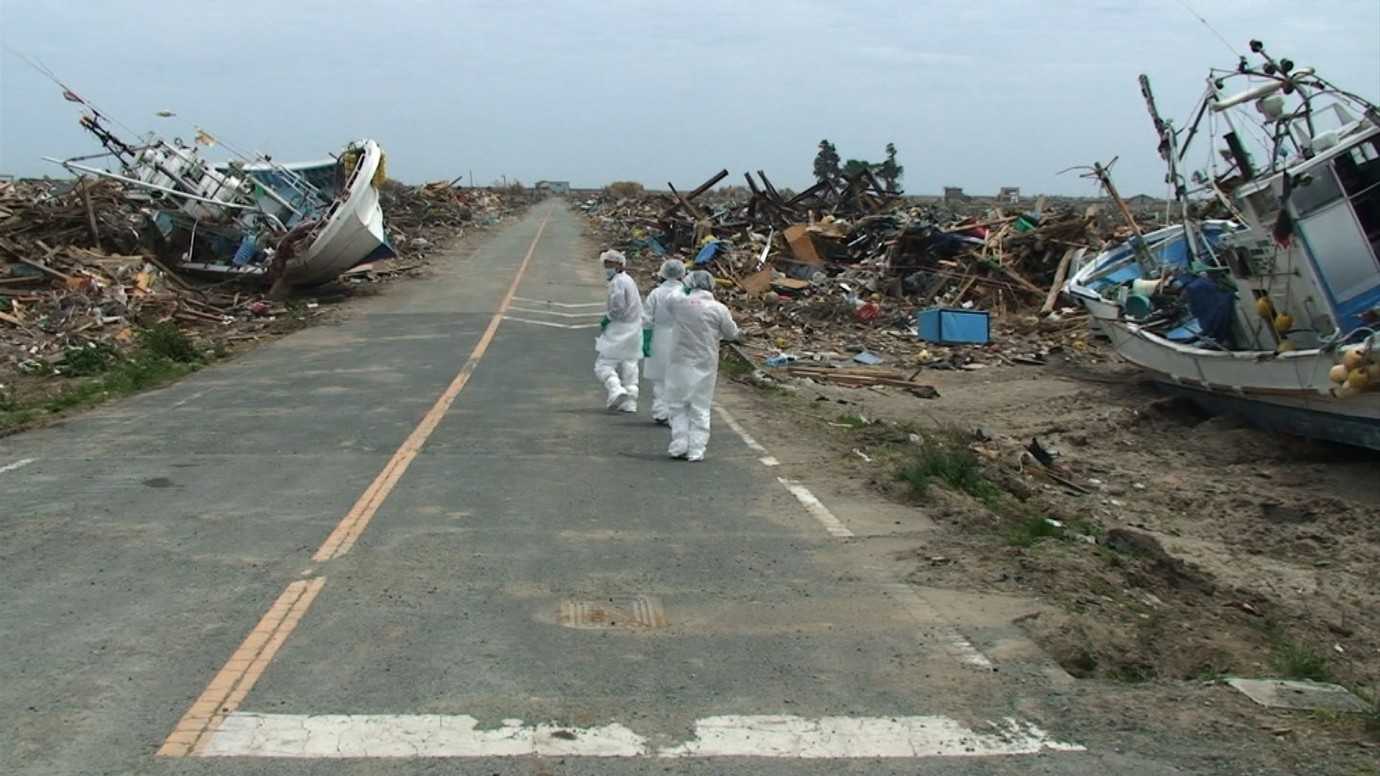 On 11th March 2011, the tsunami sealed the fate of the town of Futaba in the Japanese prefecture of Fukushima. A large part of the town was swallowed up by the sea. The following day, nuclear fallout from the Fukushima Daiichi atomic power station three kilometres away reached what still remained of it.
1,400 of Futaba’s inhabitants were housed in a suburb of Tokyo, one of them in the tragic figure of the mayor whose town no longer exists. He desperately attempts to keep the community together, spread optimism, and to understand what happened. Once an enthusiastic advocate of atomic energy, he is now forced to experience how the victims are fobbed off with banalities, insubstantial apologies and directionless policies.
We experience such absurdities as a sparsely attended wrestling match aimed at lifting spirits as well as terrible moments such as a painfully hectic farewell ceremony in the devastated town, which can only be visited during a state sanctioned two hour window. In NUCLEAR NATION, Funahashi Atsushi shows great respect for those he comes into contact with, people whose lives have been put on hold suddenly and indefinitely.
by Funahashi Atsushi Japan 2012 145’ 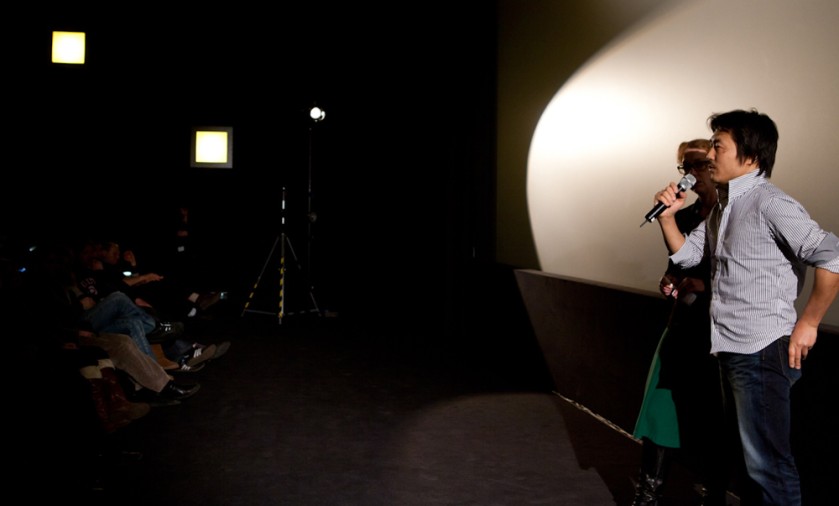