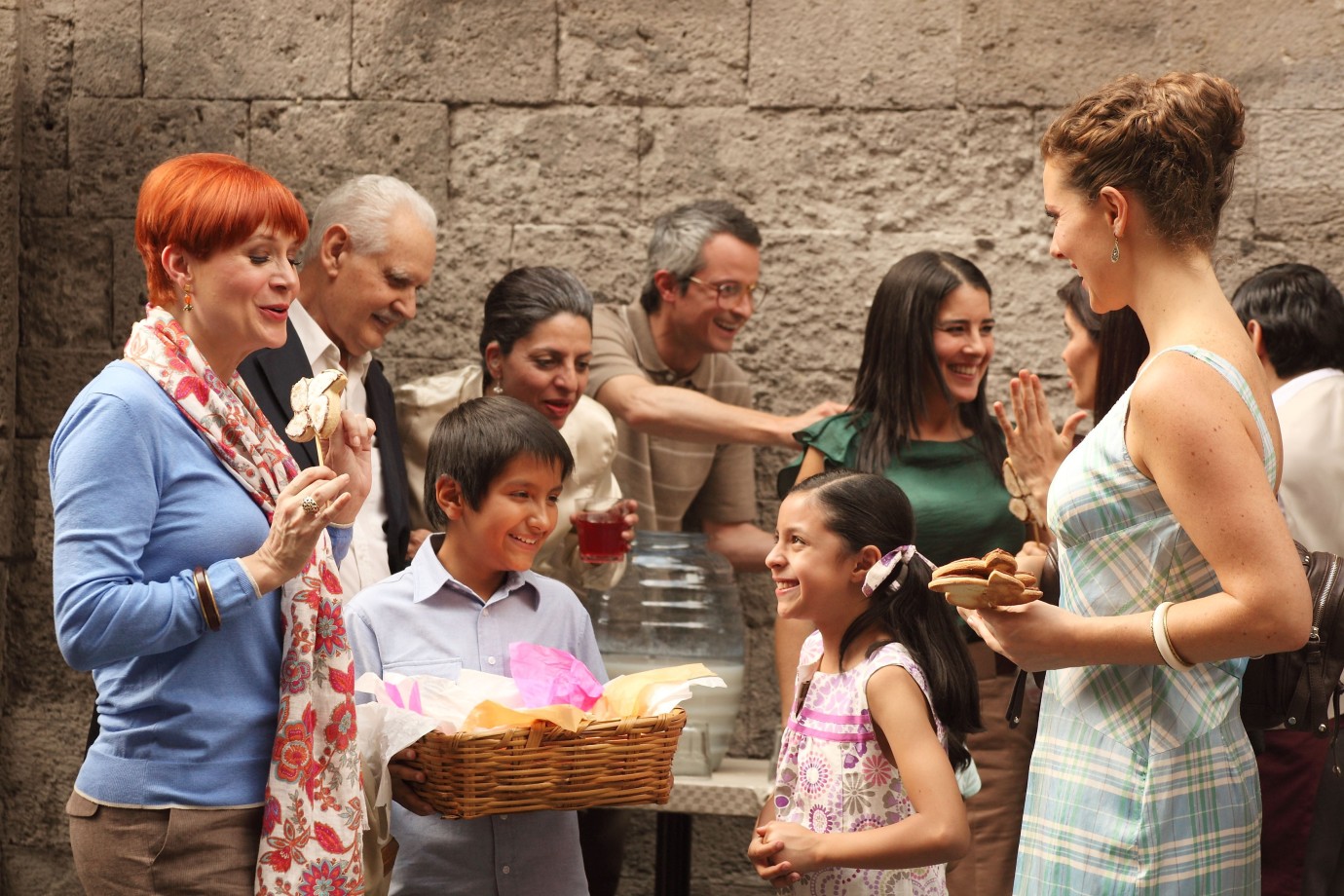 © La Casa de Cine
After her daughter’s death, Tere lost her passion for cooking and stopped working at her traditional Mexican food restaurant, El Molcajete, downtown Mexico City. Trying to save the business, Beatriz, the manager of El Molcajete, hires Rosi, a Cordon Bleu chef educated in France. But Maria, Tere’s sweet and bright grandchild, plans to make Tere go back to cook and run the restaurant, looking to put a smile on her face. Meanwhile, chef Rosi changes the menu, making it a light trendy cuisine, for that Jocelyn, a well known TV food critic, decides to go and pay a visit after she reads a review about it. When finally Tere realises that she needs to go back on business, she learns that chef Rosi is tearing into pieces the restaurant’s reputation. Maria, who loves traditional cuisine, prepares everything to proof that chef Rosi has no place at El Molcajete. The cuisine battle between Tere and chef Rosi is an epic fight not only between long-stablished mexican food and light food, but also a struggle of family bonds, friendship, cooking secrets, flavour’s passion and more than two hundred ingredients that are needed in order to prepare Mole, a traditional mexican sauce.
by Jordi Mariscal
with Ana Martín, Isabel Yudice, Norma Angélica, Mónica Dionne, Carlos Cobos Mexico 2011 100’