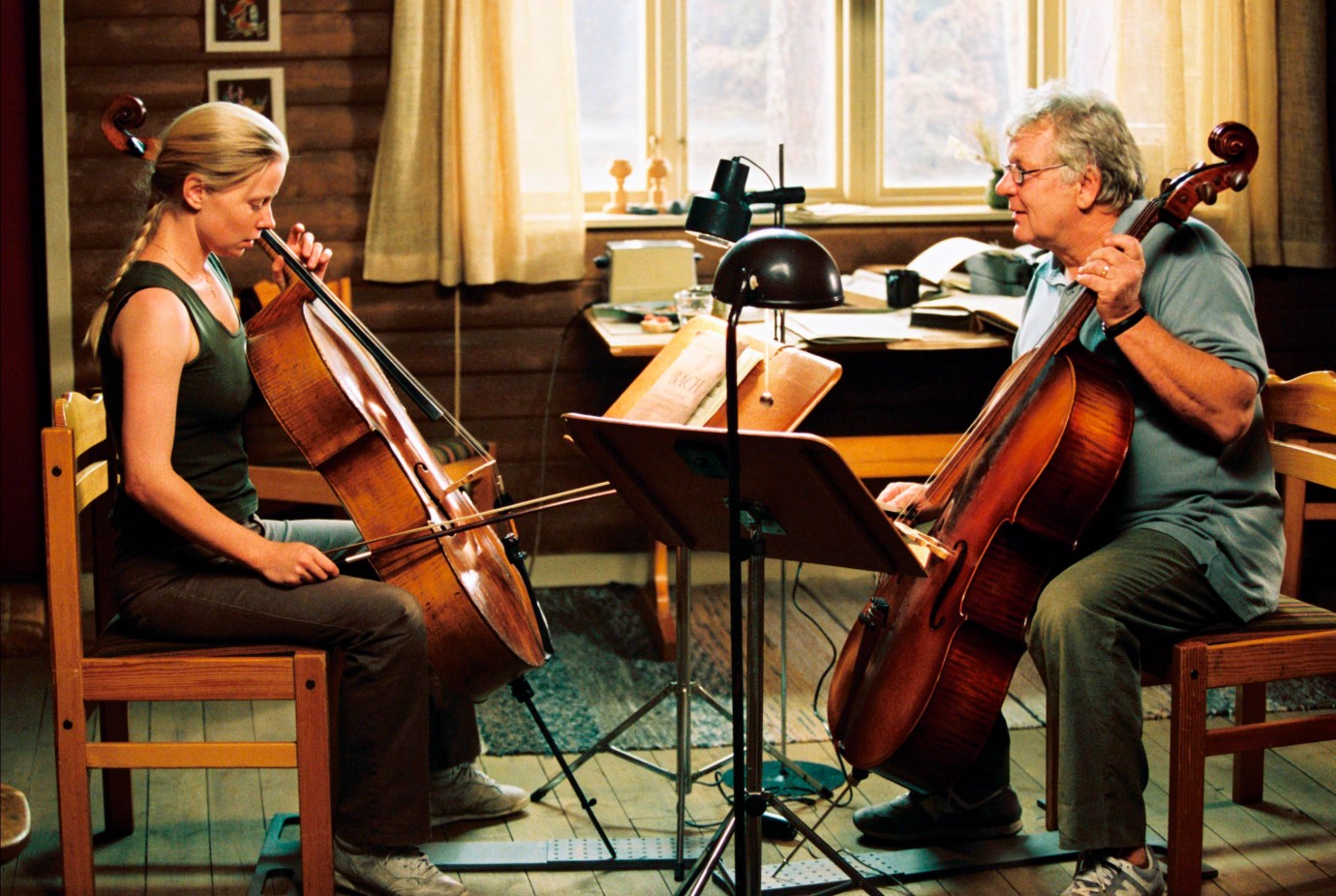 SARABAND is Ingmar Bergman’s last cinema film. Originally shot as a television production, it has the feel of a summing up of his entire œuvre, and like the Bach cello suites that accompany the film and give it its name, its mood is slightly sad and yet quite vigorous.

Similar to SCENER UR ETT ÄKTENSKAP (1972/73) the film focuses on a couple. They meet again after a separation of thirty years: Marianne and Johan are once again played by Liv Ullmann and Erland Josephson. In the Prologue and the Epilogue Marianne speaks directly to the camera and shows photos from her life. Everything turns on Anna, who died two years previously, but is still very much present through her photograph: Anna was the wife of Johan’s son Henrik (Börje Ahlstedt), whom Johan deeply despises, for which he is hated in turn by Henrik; she was the mother of Karin (Julia Dufvenius), with whom Henrik forms too close a bond out of despair at the loss of Anna; and she is evidently the object of Johan’s unfulfilled love, which he was never able to feel so intensively for Marianne.

The film unfolds in ten chapters: Marianne’s inexplicable need to visit Johan; the exaggerated ambition Henrik nourishes for his daughter, a talented cellist; the battles about money and recognition between father and son; Johan’s overpowering anxiety in the “hour of the wolf”; Henrik’s vision of death; Karin’s struggle to free herself from her father’s bond. Motifs that preoccupied Bergman throughout his life.
by Ingmar Bergman
with Liv Ullmann, Erland Josephson, Börje Ahlstedt, Julia Dufvenius Sweden / Denmark / Norway / Italy / Finland / Germany 2002/03 110’