Russia in the year 2020. The country is booming. Vast mineral deposits and the mighty Guangzhou–Paris transportation corridor ensure a healthy balance at the treasury. At the same time, the political system has managed to merge Russian traditions with international developments and so now, Russia is an ecological democracy where every citizen has found their rightful place. In order to be correctly placed in this social hierarchy, every few years, all Russians are required to take an exam.
The four protagonists of this film are members of the country’s elite. Victor is a minister responsible for the state’s natural resources. Zoya is his wife. Her brother, Mitya is a well-known television celebrity and Nicolai is a colonel assigned to the Guangzhou–Paris rail corridor. They have everything that money can buy. What they lack is youth and happiness. But they are determined to recover both.
Somewhere in the Altai mountains is a secret plant, once an institute
of astrophysics during the Soviet era, that contains a large dish, known as the ‘target’. For anyone spending a certain amount of time at its centre, it
is like stepping into a fountain of youth, and their mind and body are
rejuvenated …
by Alexander Zeldovich
with Maksim Sukhanov, Justine Waddell, Danila Kozlovsky, Daniela Stoyanovich Russian Federation 2010 154’ 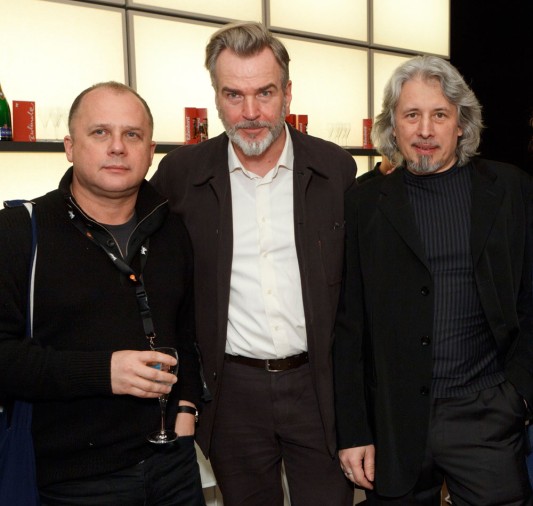